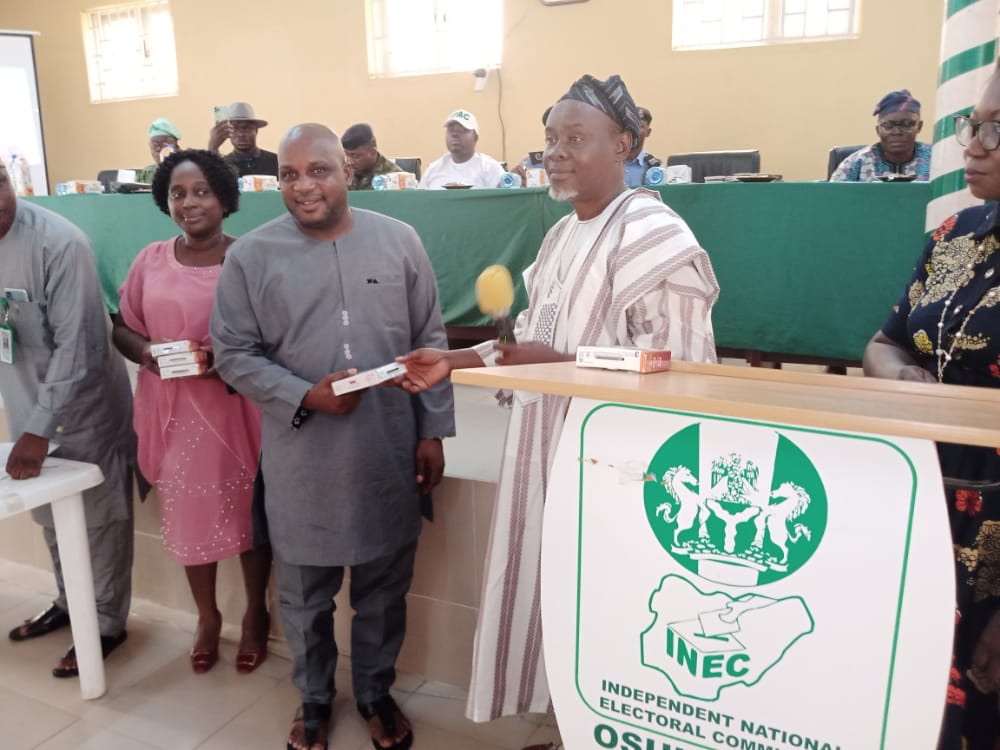 The Independent National Electoral Commission (INEC) has assured political parties that its doors will always remain open for discussion.

This disclosure was made by Professor Abdulganiy Olayinka Raji, the Osun State Resident Electoral Commissioner (REC) during the official handover of e-copy of registered voters to political parties in Osogbo, on Thursday.

Prof. Raji said the Commission under his watch in Osun was fully prepared to conduct a free and fair gubernatorial election in July 16, 2022.

While urging political parties in the State not to embrace social media as a forum to air their complaints, he added that the Commission’s doors were always open to discuss issues of interest with them.

Speaking on the total eligible voters expected to vote in the July 16 Osun election, Director Of Voter Registry, Engr Iron Gambo, said an improved figure of 1,955,657 from 1, 686,996 voters had been approved after those with double registration were delisted.

Assuring the Osun electorate of a hitch-free electoral exercise, he stated that the process of voting for the forthcoming election will be free of disenfranchising any duly registered voter.

In attendance were members of the 15 registered political parties, security agencies, election observers, among others.

The REC handed over the e-copy of registered voters to the fifteen political parties that will be participating in the Osun next month election.

Related Topics:Osun 2022: INEC hands e-copy of voters register to political parties
Up Next

2023: We are talking with Peter Obi – Kwankwaso gives update on LP/NNPP merger

In Yobe, Machina’s name has been illegally removed from the list of senatorial candidates and replaced with Ahmed Lawan