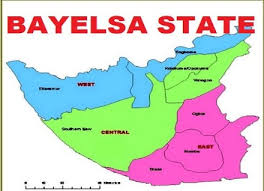 The residents of Igbomotoru community in Southern Ijaw Local Government Area of Bayelsa State and Pipeline Surveillance Company, Darlon Oil and Gas Limited, are not in accord over the alleged military invasion of their communities by military operatives, the TrackNews Nigeria covers.

Recall that the community after sending a Save Our Soul (SOS) plea to the state government and international community, had accused the company of calling the soldiers who have continued to invade and maltreat the indigenes.

Speaking with TrackNews Nigeria at the capital of the State in Yenagoa, the community leaders and chiefs as led by Simon Alegodei, Ayebanimiyun Joel, Jeremiah Young and Clinton Paul Authority sought for immediate intervention to rescue them from their ordeal and helplessness.

In a reaction to the development by the Darlong Oil and Gas Limited, controlled by the former All Progressives Congress (APC) gubernatorial candidate in the state, Chief David Lyon, debunked their involvement in any military operations going on in the communities.

A statement issued by Chief Levi Wilson, the Chairman of Darlon Oil and Gas Limited, has it that the firm found the repeated accusation that the management is involved in the stationing of a military base in Igbomotoru community to intimidate, maim and kill residents of the community as unfortunate and malicious.

Meanwhile, Alegodei, who spoke on behalf of the community, alleged that the soldiers were believably acting on the directives and instructions of the Nigerian Agip Oil Company and Darlong Security Nigeria Limited.

He said they have written to all arms of the government since the invasion of the community last month but the continuous dehumanisation and siege on their community and its people have remain unabated with an alarming proportion.

The community leader stressed: “With deep pains in our hearts and from a state of complete helplessness, we the leaders and bonafide representatives of Igbomotoru 1 and 2 communities in Southern Ijaw LGA of Bayelsa State, hereby call on the state government, the federal government and the international community to with earnestness, urgently intervene and bring under control the ongoing siege and persistent dehumanisation in our Igbomotoru 1 and 2 communities being perpetuated by armed military personnel and their cohorts believably acting on the directives and instructions of the Nigerian Agip Oil Company Limited and Darlon Security Nigeria Limited.”

BUT, in their responses, the companies gave that their legal team is meticulously studying the statement circulated to media rooms all over the country by the community leaders led by Chief Bello Simon Godei, and would come up with the position on the allegations very soon.

“We wish to also warn those involved in attempts to tarnish the image of our company to desist forthwith, as the management of Darlon Oil and Gas Limited will not hesitate to take legal actions against the sponsors and actors of this unfortunate mudslinging campaign.

The company noted: “We wish to use this medium to inform the public that the said involvement of our management or staff in the military operations at Igbomotoru community is not only false but a figment of the imagination of some sponsors of crude oil bunkering activities, who would stop at nothing to tarnish the image of our company and put us out of the way so that they can go about vandalising crude oil facilities.”

Sanwo-Olu declares work-free days for the registration of PVCs