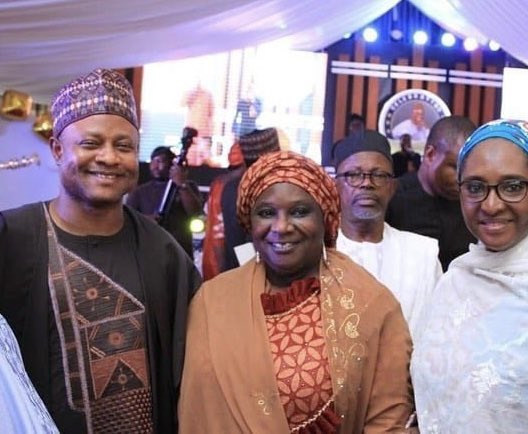 The All Progressives Congress (APC) governorship candidate in Kaduna State for the 2023 elections, Senator Uba Sani has announced the choice of Hajia Hadiza Balarabe as his running mate.

Senator Sani made the announcement in a statement released on Monday evening and made available to newsmen.

Tracknews reports Dr. Balarabe is the incumbent Deputy Governor of the state and was picked for the same position four years ago by Governor Nasir El-Rufai.

Explaining the reason for his choice which is a Muslim-Muslim ticket, the APC candidate said he reached the decision after wide consultations with critical stakeholders in Kaduna State.

The statement by Uba reads: “After consultations with critical stakeholders of Kaduna State, I am happy to announce that I have picked Her Excellency, Dr Hadiza Sabuwa Balarabe as my running mate in the 2023 governorship election in Kaduna State.

“Dr. Hadiza Balarabe has contributed immensely to the giant strides recorded by the Mallam Nasir El-Rufai’s administration in infrastructure and human capital development.”

He added that Dr. Balarabe’s dedication to duty, dedication and team spirit has endeared her to critical stakeholders in Kaduna State.

Uba while calling on the people of the state to vote massively for the APC expressed optimism that together, he and Balarabe can make Kaduna better through good and responsive governance. 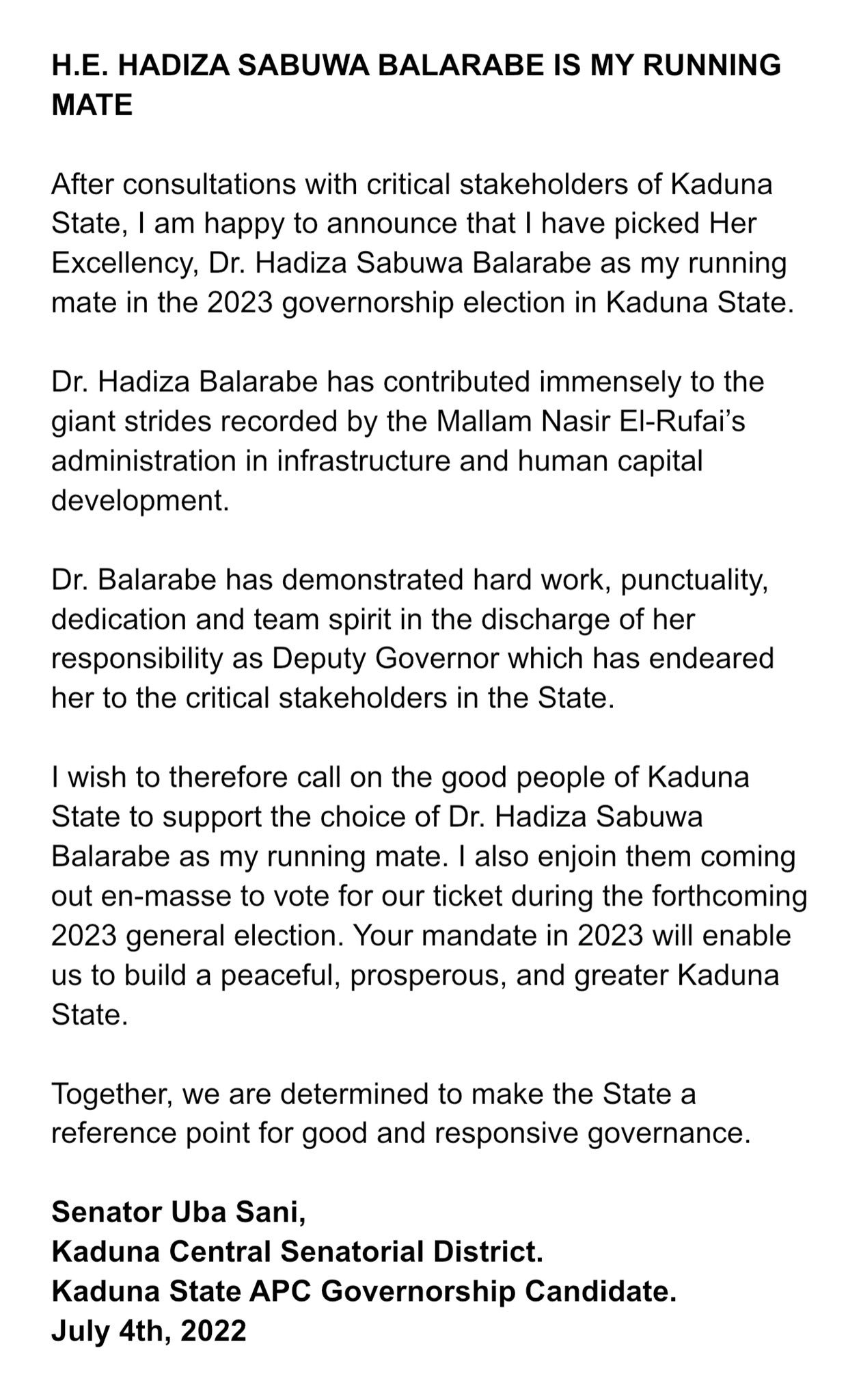 Rivers 2023: “I Have Forgive All Over My Imprisonment” – Dagogo

‘Spent quality time with our party leader’, Dapo Abiodun reveals as he meet with Tinubu in Paris (Photo)