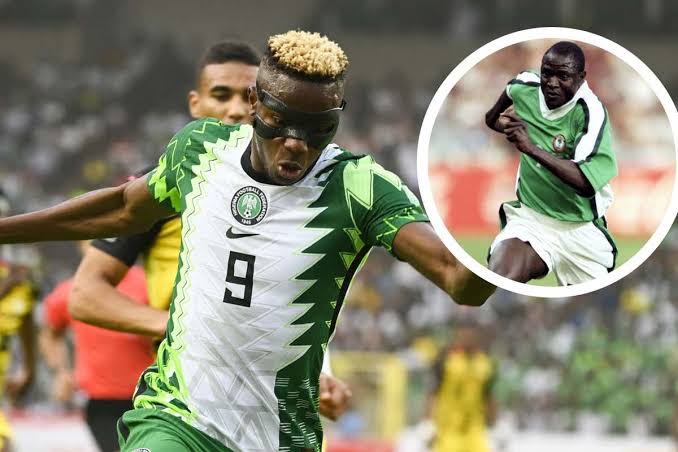 Osimhen climbed to ninth on Nigeria’s all-time scoring list after scoring four goals against Sao Tome and Principe in a June Africa Cup of Nations qualifier. Since his senior debut against Togo in 2017, he has 15 goals in 22 appearances.

According to Pulse Sports, the Napoli star discussed with Naija Footballers his potential to match the 1993 African Player of the Year.

“As I’ve previously stated, it’ll be a big shoe to fill.” But I am confident that with the qualities I possess and the determination I have gained throughout my career, I will be able to break or even surpass it.

“It won’t be easy, but if it is, I’ll be the greatest Nigerian striker of all time.” Among them are Rashidi Yekini, Obafemi Martins, Odion Ighalo, and others.

“But now I believe it is my time, my turn, and I believe I can make good use of it.”

Related Topics:Osimhen is attempting to break Nigerian record set by Yekini.
Up Next

Simon called up in Nantes squad to face PSG in the French Super Cup.