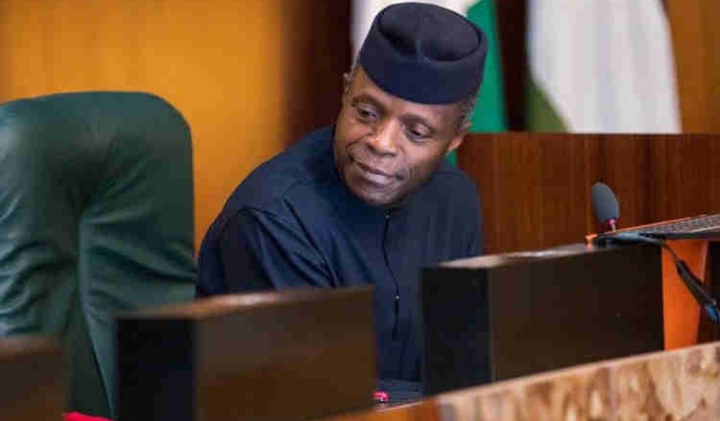 Vice President Yemi Osinbajo was conspicuously absent from the Osun All Progressives Congress guber rally, which drew ten governors and other party stalwarts on Tuesday in Osogbo.
Despite being listed as a guest speaker, the vice president did not attend the rally.

The Minister of Interior, Rauf Aregbesola, who is at odds with the state Governor, Adegboyega Oyetola, who is running for re-election, was also absent.

According to Tracknews, Osinbajo’s defeat in the primary may have strained relations with some of the party’s leaders.

Adams Oshiomhole, a former APC national chairman, was also present, as was Bola Tinubu, the APC presidential flagbearer for 2023, and his running mate, Kashim Shettima.

Related Topics:Osinbajo Was Not Present At APC Mega Rally Attended By GovernorsTinubu Ahead Of Osun Governorship Election
Up Next