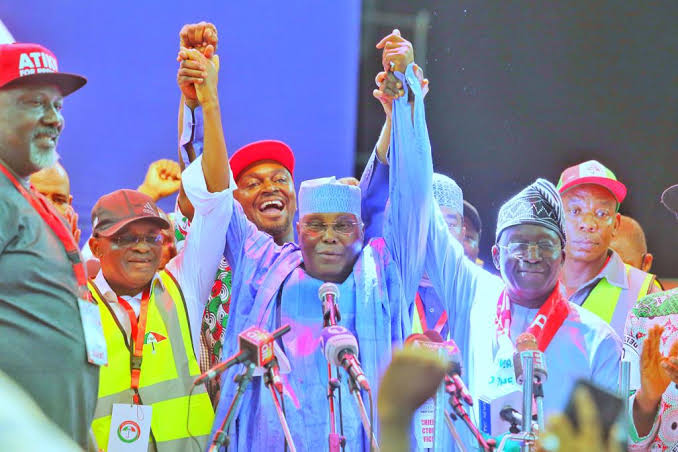 Dr. Nkechi Enumah-Chukura, South South Zonal Coordinator, spoke at the ceremony and congratulated the group on Atiku’s victory in the PDP presidential primaries and the selection of Senator Ifeanyi Okowa as his running mate.

Enumah-Chukura, who also inaugurated Samuel Askia Jr. and his state executive, charged the coordinators with transporting party leaders, women’s and youth groups, and ensuring they have a voter’s card.

“We are here as directed by our amiable Director General, Abubakar Babawo, who mandated the inauguration of this 19-man State Exco and 25 LGA ASO Ambassadors, whose first task will be to come up with LGA and wards Exco lists before Friday,” she said, flanked by the five state coordinators.

“We encourage you to give your all and to justify this responsibility by ensuring that our women, youth groups, and associations are genuinely carried along, so they can understand your intentions.”

In his remarks, state Coordinator of the support group, Askia Jr., thanked all members present for their contributions thus far, saying, “It is a journey that has begun, and believes that they own the project.”

In his goodwill message, Cross River State coordinator Princewill Etung said, “Again, we have an opportunity to put Nigeria on the right track.” Atiku is made of a solid base and is not a vapour, but rather an actual substance.”

Mr. Israel Abosi, who administered the oath of office, stated, “God has given the PDP the wisdom of presenting candidates who will not cause us marketing problems.” So, the work you must do is to return to your Local Government Areas and educate people about the importance of what God has given us.”

Related Topics:Pro-Atiku group unveils 19-man team in Delta ahead of 2023 - See details
Up Next