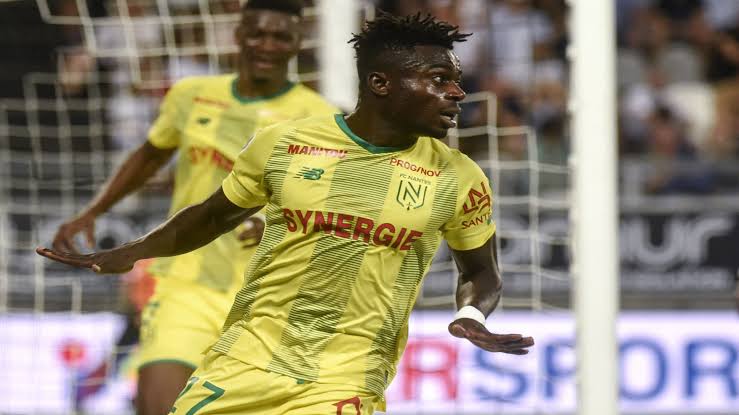 Moses Simon, a Super Eagles winger, has been named to Nantes’ 21-man squad for their match against Paris Saint-Germain in the French Super Cup.

Both teams will compete for the first trophy of the French football season on Sunday at Tel Aviv’s Bloomfield Stadium.

Simon injured his thigh during the preseason, but he is expected to play in the game after resuming practice.

PSG, on the other hand, reclaimed the Ligue 1 title from Lille.

PSG has won two of the last three meetings between the two clubs.

Following victories in 1999 and 2001, the Canaries will attempt to win the French Super Cup for the third time.

Related Topics:Simon called up in Nantes squad to face PSG in the French Super Cup.
Up Next

Osimhen is attempting to break Nigerian record set by Yekini.