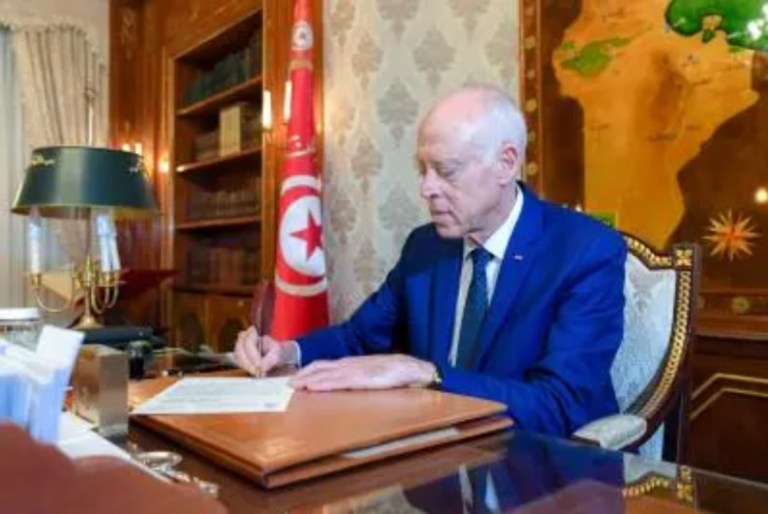 Tunisia on Thursday published the draft of a new constitution on its official bi-weekly gazette.

The draft constitution, published on the Journal of the Republic of Tunisia, comprises 10 chapters and 142 articles, with Article 1 stipulating that Tunisia is a republic with a presidential system.

The last chapter stipulates that the exceptional measures, announced by Tunisian President Kais Saied and approved in September 2021, will remain in force until the next elections due in December 2022.

Earlier on the day, the Independent High Authority for Elections announced that nearly 9.3 million Tunisians have registered to vote in the referendum on the new constitution scheduled for July 25.

Related Topics:Elections Set For DecemberTunisia Releases Draft of New Constitution
Up Next