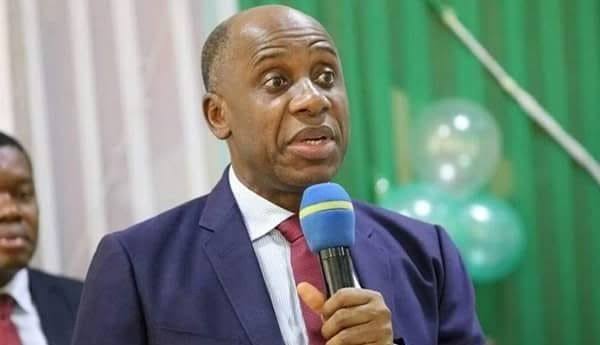 Former Rivers Governor Rotimi Amaechi on Saturday told party faithful that they must keep faith with the All Progressives Congress and it’s presidential candidate Bola Tinubu.

“Please, the contest for the presidency, we should know that we should vote for our party, (APC) no matter how angry you are,” Mr Amaechi said while addressing party members in Port Harcourt.

The former transport minister lost the party’s ticket to Mr Tinubu at the presidential primary election on June 7.

There has also been apprehension among his supporters since rumours of a purported meeting between Mr Tinubu and Nyesom Wike, the incumbent Rivers governor and Mr Amaechi’s political archrival.

“Forget the stories you’re hearing; forget about those gossiping about a meeting in France. Let this place be your own France. Vote for your party,” Mr Amaechi quipped.

He further charged APC supporters to work to ensure victory for the party in the governorship election.

“It will be total arrogance to just sit at home and think you’ll win. Trust the courts, justice will be done. Don’t be afraid. Go home and work.

“Our job is to work; that is why I came. I came to thank you and to urge you to work. All of us are unit leaders; no more local government leaders,” Mr Amaechi said.

With his presidential ambition truncated, Mr Amaechi is pushing to reclaim his home state from the tight grip of the Wike-led Peoples Democratic Party.

Second time candidate Tonye Cole is flying the APC flag and will be up against Mr Wike’s anointed, Sim Fubara.

Related Topics:You should still vote APC no matter how angry you are: Amaechi
Up Next

Emmanuel Igbini: Bola Tinubu, others have no powers to change running mates