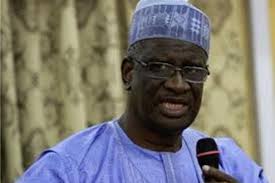 Dr. Haliru Bello Mohammed, a former National Chairman of the Peoples Democratic Party (PDP), has assured that the crisis shaking the party will be settled soon, saying that the party will win the 2023 presidential election.

Recall that an internal crisis is as at now rocking the boat of the party over knotty issues especially with Nyesom Wike, the Rivers State Governor.

BUT, Mohammed downplayed the seriousness of the crisis in the party, arguing that the PDP had experienced politicians working to resolve the impasse, during an interview.

Expressing the hope, he added that their skill helped the party to tackle many crises in the past to become stronger.

In the words of Mohammed: “Nomination problem is always significant in any electioneering. We have always come through them. But this very one, because of the importance of Governor Nyesom Wike in our party (remember he stood with the party when we were in deep crisis over the Ali Modu Sheriff problem), and he has also been our pillar supporting the party since that time.

“In fact, the rebuilding of the party happened, thanks to him and some other governors since we lost the 2015 election. But all the same, the issue of nomination, and especially nomination of running mate, this time, became problematic, not because Atiku Abubakar set up the committee, but because in 2019, when the vice president was nominated without consultation, there was a lot of complaints and brouhaha.

This time around Atiku corrected that mistake and consulted widely among party members before nominating his running mate. But the problem is, as always, for any appointment or nomination, there are several contenders.”

He said: “I believe the way it was handled before the announcement was the cause of the problem; and people have the right to feel slighted over the problem. Wike has the right to feel slighted, because he was expecting to be nominated, and when the decision was made, he was not privy to it before the announcement. I think that was the mistake that was made.

“But that is a minor issue. Wike is a loyal party man. As I said earlier, he has been supporting the party and he will want the PDP to win the presidential election. And after he is consulted and assuaged, I think he will support the candidature of Atiku Abubakar, and work hard to make sure the PDP wins the presidential election. I am sure everything will be sorted out after this Port Harcourt meeting.”

The former national chairman, who had also served as chairman of the party’s Board of Trustees (BoT), gave that while he had not seen leadership lapses in the PDP over the crisis, the only mistake he identified was the late response of the party’s BoT to the need to tell Wike appropriately before the choice of the vice presidential candidate, giving that had Wike been carried along properly, the problem might not have arisen.

He pointed the development made Wike and some other supporters of the party feel slighted, and that with the machinery put in place, the matter would soon be a thing of the past.

Advertisement
Related Topics:2023: ‘PDP Will Settle Its Crisis And Win This Election - PDP Former Chair
Up Next