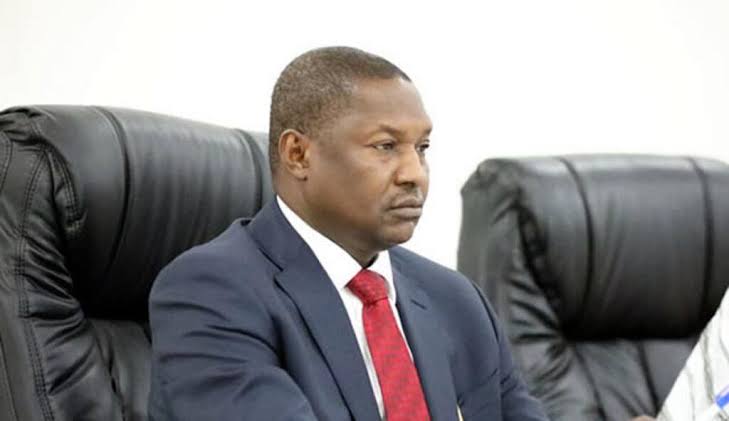 The Nigeria Governors’ Forum (NGF) yesterday expressed concern about the Attorney General of the Federation (AGF) and Minister of Justice, Abubakar Malami, insistence on paying the $418 million debt allegedly owed some consultants/contractors in relation to Paris Club refunds, TrackNews reports.

The forum questioned Malami’s determination to transfer public funds to private individuals when the governors were still disputing the consultants’ claims and had even gone to court over it.

The NGF’s spokesman, Abdulrazaque Bello-Barkindo, said on Channels Television that the courts should be allowed to decide the case.

“Is he (Malami) not a lawyer?” he continued. As the country’s Chief Law Officer, the AGF should allow parties to exhaust their legal options.

“People should question the AGF about why he is in such a rush to pay public funds to private individuals when we are in court on the same issue.”

“We are claiming that these people’s claims are false, and we are suing them.” “The AGF should let the courts decide the cases,” he said.

Bello-Barkindo was responding to Malami’s claim that the governors had no reason to dispute the payments.

According to the minister, the consultants were hired by the governors, who had already made some payments. He also stated that the governors had issued a payment guarantee and could no longer back out.

President Buhari was reported to have directed Finance Minister Zainab Ahmed on August 3, 2022, during a Federal Executive Council (FEC) meeting, to suspend plans to begin deducting the $418 million Paris Club refund debt pending the resolution of pending cases on the issue.

Bello-Barkindo went on to say that Malami should be more concerned with how the government should fund university education rather than funneling money into private pockets.

“The Paris Fund money has been depleted, and the consultants and Attorney General anticipate that the money will be deducted from state accounts from various sources over the next 52 or 58 months.” That is unprecedented.

“The biggest sacrilege is where they want the money to come from. This money belongs to the states and the people of this country, and you want it taken and given to you because you are powerful.

“That’s why they’re using the federation’s attorney general to get the money at the source because the state has no reason [to pay].”

“What the attorney general claims is a consent judgment, which the NGF claims does not exist.”

“What the NGF is looking for is proof of work done.” Some of them claimed to have built primary healthcare facilities across the country, while others claimed to have provided boreholes, both of which are tangible items.

“The case is in court. Why are highly placed lawyers afraid of their own platform when the court is the only authority that can clearly determine whether there is a reason for payment or not?” According to Bello-Barkindo.