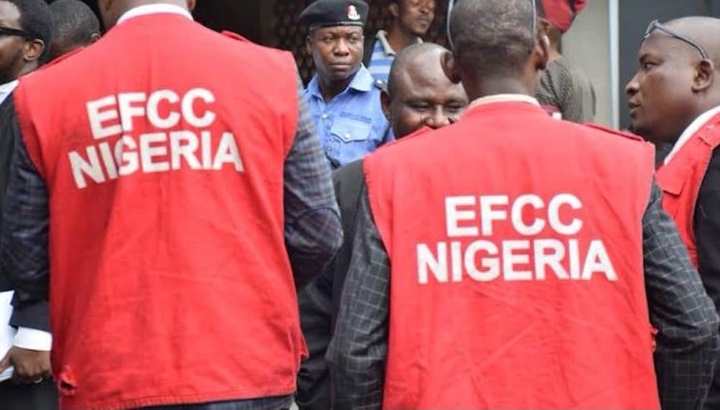 Gerry Ikputu and Partners have denied any involvement in the sale of federal government recovered assets.
According to Track News, the firm was initially hired by the Attorney-General of the Federation (AGF) and Minister of Justice, Abubakar Malami, to recover some major assets on behalf of the Nigerian government.

AGF Malami was said to have previously awarded the multi-billion naira assets recovery contract to Ikputu and Partners, after which the firm hired a law firm, M. E. Sheriff & Co, to act as its agent to meet the target.

The firm was supposed to recover vast swaths of land and buildings said to belong to the federal government in ten states and the Federal Capital Territory (FCT) of Abuja.

According to the initial agreement, Gerry Ikputu and Partners will be entitled to three (3) percent of the value of each successful recovery.

Malami reportedly included a confidentiality clause in the contract letter that prohibits them from disclosing the details of the work.

ARMU was expected to collaborate with the firms in order to recover the properties. According to reports, the EFCC questioned Mrs Mohammed about the alleged sale of recovered assets by Gerry Ikputu and Partners and M.E Sherriff & Co.

My company does not work with ARMU – Sheriff
In response to the allegations leveled against his firm, Mohammed Sheriff, the principal partner of M.E Sherriff and Co, stated that the recovered assets had not been disposed of as claimed in the reports.

Mr Sherriff also stated categorically on Sunday that his company had no dealings with the ARMU.

He went on to say that his company had yet to be paid for its services because none of the recovered assets had been sold.

According to him, one of the affected properties, located on Osborne Road in Ikoyi, Lagos, was illegally occupied by a company after its lease agreement expired.

He explained that his firm (M. E Sherriff & Co) successfully obtained an order of final forfeiture of the affected properties on Mr Malami’s instruction.

According to Mr Shefiff, the forfeiture order was granted by Inyang Ekwo, a judge of the Federal High Court in Abuja.

Sheriff told Track News, “We didn’t even know there was an Asset Recovery Management Unit.” Based on the presentation of some people who approached our firm, our involvement was in the tracing and recovery of abandoned federal government properties that were being occupied illegally.”

He went to the Federal High Court in Abuja based on the AGF’s introduction to obtain an interim order of forfeiture and later a final fortune order on some of the properties that had yet to be sold.

“On the 8th of October 2021, the Federal Government of Nigeria granted the request of the firm of Jerry Ikputu & Partners to trace, recover, and submit the abandoned Federal Government properties in eleven states of the federation,” the lawyer said.

“Further to the foregoing, on November 16, 2021, Honourable Justice I.E Ekwo of the Federal High Court of Abuja granted M.E Sheriff of M.E Sheriff & Co reliefs and temporarily forfeited assets to the Federal Government of Nigeria all assets listed on the instruction letter referred to above.”

“The Honourable Justice I.E Ekwo also ordered the federal government to publish the said temporary forfeiture, inviting all persons/bodies to show cause why an order of final forfeiture should not be made forfeiting the properties to the Federal Republic of Nigeria within 14 days of the order.”

“In order to comply with the court’s order, the federal government published an article in the Punch newspaper on November 18, 2021, specifically on page 34.”

“The court, after allowing members of the public to express interest in any of the federal government’s assets and the fact that no individual filed any claim, granted a final forfeiture in favor of the Federal Government of Nigeria on January 31, 2022.”

“Anyone claiming any sale arising from the recovered assets is hereby invited by this publication to present a petition to the office of the Honourable Attorney General of the Federation (HAGF) or the Economic and Financial Crimes Commission (EFCC),” Mr Sheriff stated.

Related Topics:AGF Malami: We Did Not Sell Recovered Assets - Firm Reacts To EFCC Arrest Of ARMU Head
Up Next