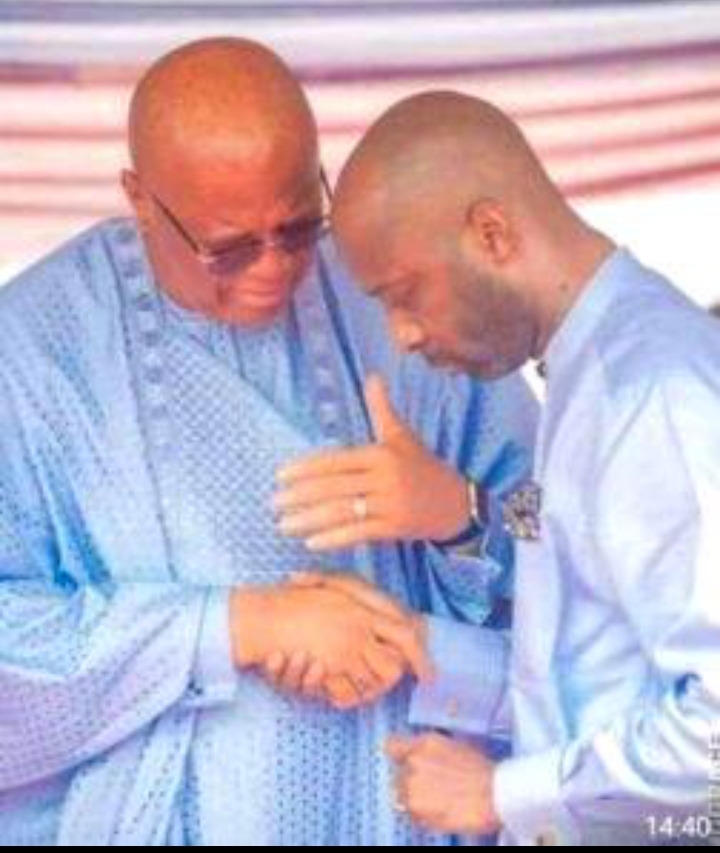 Luke made this known on Tuesday at the palace of Oku Ibom Ibibio and Paramount Ruler of Nsit Ubium, Ntenyin Solomon Etuk, during a reconciliatory meeting.

Drumming his support for Umo Eno’s ambition during the meeting, the former Speaker of the 6th Assembly, who was also an aspirant in the primaries that produced Umo Eno declared: “I have to honour my people, my fathers – the traditional rulers, the PDP which gave me a platform to serve the people. I will work for the emergence of Pastor Umo Eno as Governor of Akwa Ibom State come 2023.”

In his reaction to the development, Pastor Umo Eno noted: “I will work with you with open heart. I am your senior in age but God has raised you as my senior in politics. I will never take this for granted. Help me reassure your teeming supporters that your people shall be my people.”

Putting a seal to the truce brokered in his palace, Akwa Ibom Supreme Monarch Ntenyin Solomon Etuk thanked all parties involved and called on them to work together in the interest of peace and overall development of Akwa Ibom people.

“Go and work together as great sons of Akwa Ibom and get the victory.” Ntenyin Solomon advised.

Political analysts have described this decision as a main landmark in the political development of Akwa Ibom, in respect of the 2023 governorship election adding that it brightens the chances of Pastor Umo Eno to win the election.