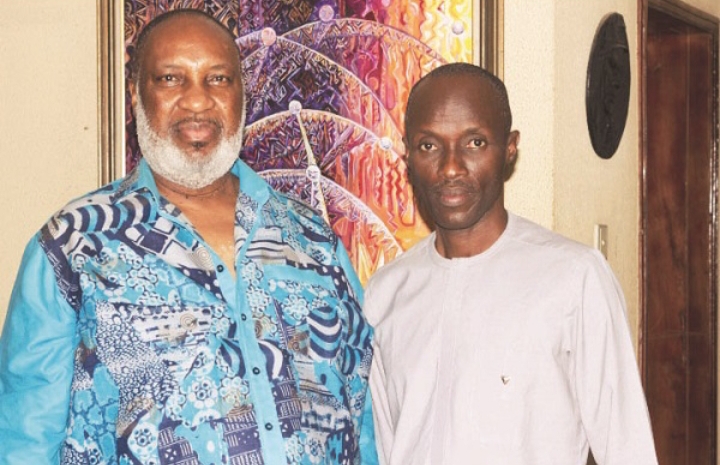 He was an honorable man, a rare freedom fighter, and a leader widely admired for his selflessness. “Salute to ‘Madiba’ Nelson Mandela,” say 20 Nigerian artists, highlighting the impressive qualities that distinguished the icon as a politician and global thought leader. As Nigeria prepares for elections next year, the artists have condemned bad leadership through their strokes in the ArtGidi Mandela Day Charity auction. Adeleye Kunle writes
The heroes are those who bring about peace and build… True leaders must be willing to give up everything for their people’s freedom.”

Madiba Nelson Mandela’s words (July 18, 1918 – December 5, 2013) are etched in the marble of time. Even after his death, the late African icon and leader in the development of humanity is remembered.

What Nelson Mandela means to us
Under the auspices of ArtGidi’s Mandela Day Charity Auction, 20 artists have kicked against bad leadership and other national concerns with their strokes as the world commemorated his birthday last month and Nigeria prepares for elections next year.

The artists focused on the impressive qualities that distinguished the icon as a politician and global thought leader.

Artgidi.com hosted the auction, which was organized by Artgidi Limited, an art technology company focused on the promotion of contemporary African arts founded by Ashiru and Tayo Olatimehin.

For the organisers the move was deliberate.

“The theme connotes defending and upholding the quality legacies that Mandela lived, suffered and ultimately became globally renowned for. His life epitomised selflessness, determination, and absolute commitment to the cause of freedom. The Nelson Mandela International Day is an important window for African artists, not only to extol the virtues of the great Mandela, but one that turns the attention of the entire globe to Africa by exposing beautiful works of the African artists to the international market,” according to the organisers.

As they sought to honour Mandela through their art works that drew inspiration from his qualities and contributions, his persona meant something different to each artist.

“We need serious emancipation in Nigeria. And this is the right time. As we are planning to choose with our PVC, we need to think right. Let’s look for that role model to take Nigeria to its promisedland. It doesn’t have to be about ethnic groups or religion. All we need is freedom in this country and that should be our aim.

“At this time in Nigeria that we’re trying to move away from the current administration to the next, it gives somebody an opening to set Nigeria free from the oppression and insecurity. Even as a foreigner, so far you stay in the country. I wanted to be part of it because it is all about Mandela and he’s iconic all over the world and not only Africa,” the immediate past chairperson, Society of Nigerian Artists, Lagos Chapter), Mr. Sonaya, whose works were in the auction.

His work in the auction is a sculptor, entitled: Madiba: hero for freedom. “It is a saviour expression of Christ with a portrait of Mandela being captured in the frame. When you look at that work, you’ll see smiling and it connotes hope, confidence, determination and freedom for everybody,” he said.

”The courage to take on the burden of freedom and the pat ience to pay the price was daunting to my young mind,” began CEO of Artgidi Limited, Rufus Ashiru, who is also a veteran multidisciplinary artist and certified art auctioneer. ”Mandela taught my formative mind that it is always best to give so others can live. It is vital for us as a nation, especially as we approach the polls in 2023. Such exemplary qualities are rare and are most needed to build any nation. Our leaders should also align with the ethos of leadership that has made Mandela’s leadership and politics legendary.

‘’But Mandela was not alone in the struggle, he enjoyed the unrelenting support of his fellow citizens, this is also why the Nigerian electorate should embrace the spirit of supporting good governance coming all out to vote and choosing to vote for candidates with a heart for the good of the citizenry, particularly the common man on the street. And that is the statment the 20 artists, including myself, who are auctioning their 24 works ar out to make in this maiden edition, ” For Artgidi Chief Technology Officer, Olatimehin, Artgidi’s vision is to use art as a medium not only to celebrate Mandela, but “to also inculcate his lifestyle of patriotism into the citizens of our own dear country which is why we are determined to hold this event every year.

“Mandela is an icon and a legend, he lived an extraordinary life that is worthy of emulation, he stood for freedom, equal opportunity, selflessness, reconciliation, forgiveness, and unity.

“He is a noble son of Africa, and we can all take pride in his achievements and a clue from his character at such a time like this when Nigeria is about to go to the polls to elect a new leader,” he said.

For Mudashiru, a painter and originator of HULAH MOTIFS (HULAISM) style of painting, his three works for the auction – “Flowing with the tide”, Active service and “Focus” – are all centred on the icon. ”I was excited when the organisers chose to honour Mandela through the auction with the theme: “Holding On”. The person of Mandela speaks volumes. And my works speak on what he represents. I looked at Mandela as a figure of resilience and commitment to the development of humanity. Despite what he went through, he didn’t give up. My work, “Active service”, praises Mandela’s ability to serve his people even in old age and he gave his all. He was very sacrificial. That’s why I believed active service was very relevant to Mandela’s course. Also, Mandela was focused and kept at it; and he is today celebrated as a legend.

The work “Focus” is a mixed media, paired with photography. You’d see a hand focusing on an eye as you would a camera but it focuses on an eye.

Donating to humanity
Drawing inspiration from the selflessness, participating artists are also donating a minimum of five per cent from the proceeds of each of the works, which has been submitted for the auction.

In the spirit of selflessness, the CEO stated that part of the proceeds of sales from the auction will be donated to Funda Wazi Foundation, an organisation owned by the late Rosemary Simangele Nomthi Odukoya who was until her death, an educationist, life coach, writer, and senior pastor at the Fountain of Life Church and a South African. Funda Wazi foundation provides child-friendly and relevant resources and tools for children and adults that will assist them to learn and know how to address and control social challenges affecting children with a particular emphasis on child abuse.

“It has been inspiring. It is comforting to know that we are not alone in this quest of giving to build humanity. ArtGidi, which currently has over 260 artists of different carder registered on our platform with total value of non-auction artworks estimated at over half a billion Naira. Indeed, Artgidi.com is out to build an ecosystem where the world becomes the playing field of every creative person in Nigeria and Africa at large. It is another channel to display and export the best of Nigeria and Africa to the rest of the world. And there are lessons to draw from this maiden edition that would enhance it subsequently,” Olatimehin said.

Makinde, a visual and expressionist artist, is proud to be part of the platform that is giving back to humanity. “I’m a stranger to art auctions and donations. Art is all about giving: we give our time, our talents and our deepest thoughts. Selflessness is one of the legacies of Mandela and he did it for 27 years.”

Related Topics:Artists to politicians: Emulate Mandela
Up Next