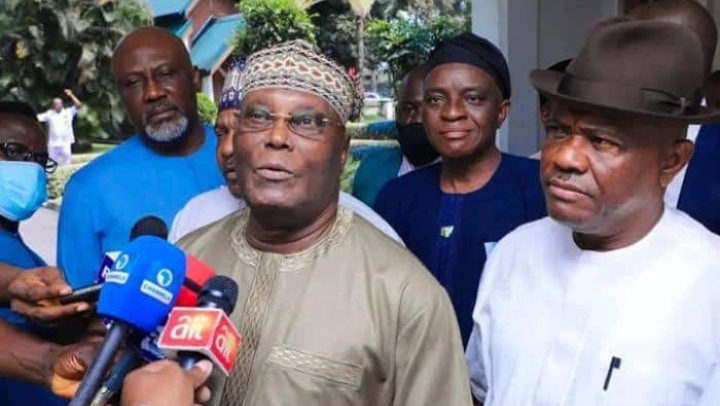 The presidential candidate of the Peoples Democratic Party (PDP) and former Vice President, Atiku Abubakar, on Thursday met with Governor Nyesom Wike of Rivers State.
Track News understands that Atiku and Wike met at the home of a former Minister of Information, Jerry Gana, for lunch.

A source told The Cable that Thursday’s meeting was “positive,” and there would be more “fence-mending” in the coming days, which is aimed at resolving the crisis in the party since the presidential primary in May.

“Nyesom Wike and Atiku met today at professor Jerry Gana’s house in Abuja. It was a good meeting and there will be more meetings in the coming days,” the source said.

The meeting is one of the efforts to resolve the crisis in the PDP over the selection of a running mate to Atiku.

Recall that the decision of the party’s presidential candidate, Atiku Abubakar, to pick Governor Ifeanyi Okowa as his running mate, snubbing a selection committee that had recommended Governor Wike, had thrown the main opposition party into crisis.

2023 elections will be devoid of any ‘wuruwuru’, Buhari assures