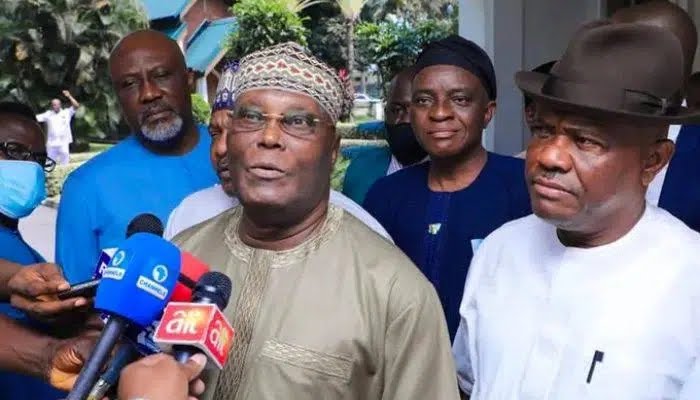 Ibrahim Shekarau, the former governor of Kano State, will be welcomed back into the Peoples Democratic Party (PDP) by presidential candidate Atiku Abubakar.
Following Shekarau’s recent outburst and accusations against the presidential candidate of the New Nigeria Peoples Party (NNPP), Rabiu Kwankwaso, Naija News says that Atiku will lead PDP leaders in welcoming Shekarau into the party.

It is believed that the former governor of Kano is unhappy with the NNPP and is considering defecting to the PDP.

Shekarau said that the NNPP and Kwankwaso had neglected to include his supporters in the party structure and charged his successor with breaking their prior agreement.

Before Shekarau officially joins the PDP, Atiku will meet with him when he returns from the UK on Sunday.

The PDP is trying to take over APC strongholds as the 2023 elections draw near, especially as it struggles with an ongoing internal turmoil.

Remember that Shekerau, following months of leadership squabble with Governor Abdullahi Ganduje of Kano State, defected from the All Progressives Congress (APC) for the NNPP in May 2022.

The former governor was a PDP member up until 2018, when he left due to a split within the party’s Kano branch.

One faction supported him, while another was governed by Kwankwaso, who was also a member of the PDP at the time.

Advertisement
Related Topics:Atiku plans to welcome Shekarau into the PDP
Up Next

Do Tinubu and Shettima pose a threat to Christians’ existence? —Fani-Kayode

REVEALED: Plot Shows How Ayade Would Be Made Senate President