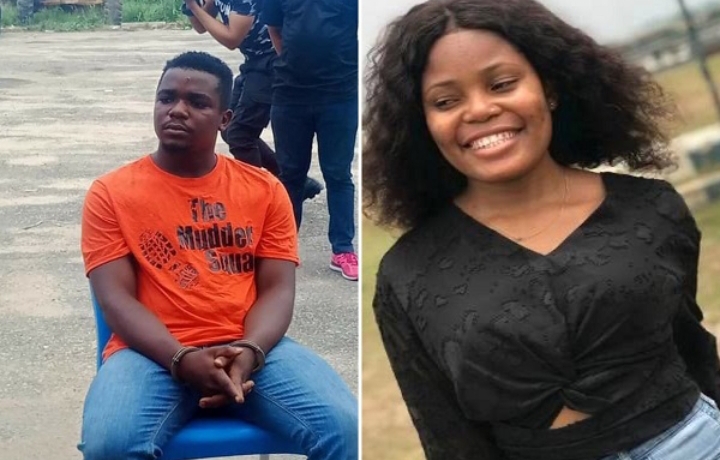 Uduak-Abasi Akpan has been convicted of the murder of job seeker Iniubong Umoren by the Akwa Ibom State High Court.

In his decision, the trial judge, Justice Bassey Nkanang, sentenced Akpan to life in prison for rape.

The second and third defendants, Mr. Frank Akoan and his daughter, Anwan-Bassey Akpan, he discharged and acquitted.

According to Track News , Late Iniubong Umoren, a Philosophy graduate of the University of Uyo, UNIUYO, was raped, murdered, and buried in a shallow grave by Uduak-Abasi Akpan in April 2021.

Related Topics:Breaking: Court has convicted Uduak-Abasi of raping Iniobong Umoren.
Up Next

Ike Ekweremadu, accused of organ harvesting, will remain in custody as the court adjourns until October.

In Delta, police kill a wanted criminal suspect and arrest two others