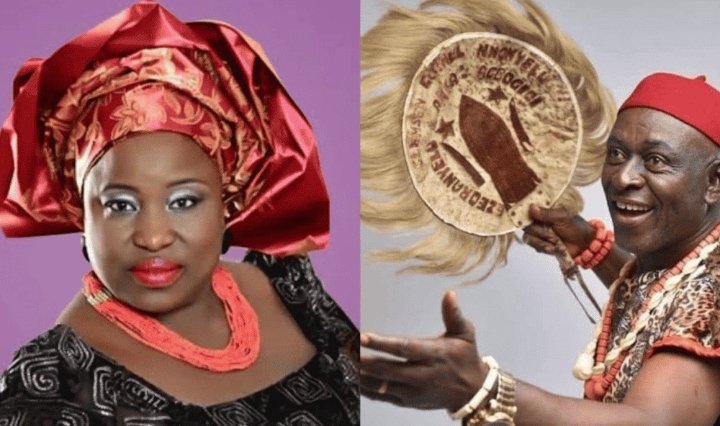 Cynthia Okereke and Clemson Cornel, both veteran Nollywood actors, have been freed.
The actors were released unharmed, according to Emeka Rollas, President of the Actors Guild of Nigeria (AGN).

He expressed gratitude to the Nollywood industry and Nigerians in general for their prayers and support during this trying time.

He also stated that the Guild had arranged for the victims to receive medical examinations and psychological counseling.

It is unclear whether the Guild paid the kidnappers’ $100,000 ransom or the N1.2 million previously raised by Nollywood stars.

“This is to inform the general public that the kidnapped actors Cynthia Okereke and Clemson Cornel Agbogidi have been released safely,” according to the statement.

“The elated National President of the Actors Guild of Nigeria, Ejezie Emeka Rollas, announced their release by abductors who were touched by the spirit of God to set them free and unharmed.”

“The Guild has arranged for the victims’ medical examinations and psychological counseling.”

“The National President thanked the Nollywood industry and Nigerians in general for their support and prayers during this difficult time on behalf of their families.”

“He urged members to be security conscious both on and off set, and to always take precautionary measures for their personal security,” according to the press release.

“The kidnapping has not been confirmed,” he said. The only thing we know is that Cynthia Okereke’s money was withdrawn from her bank account this morning (Friday).”

Those who accuse us do not understand our demands — ASUU