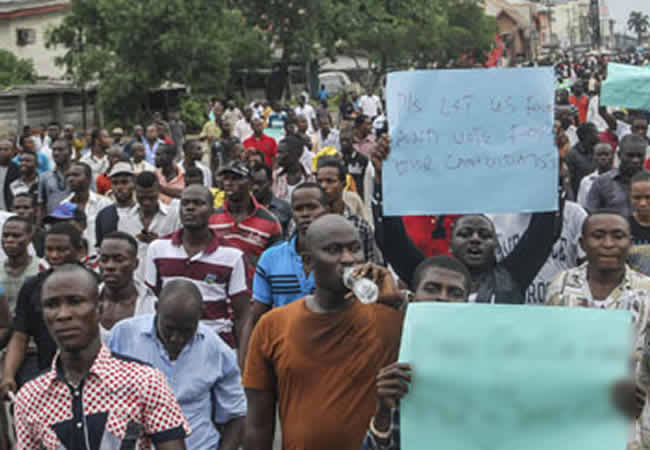 The Federal Government has been urged to urgently repair the sections of the Benin-Ekpoma-Auchi road that have been abandoned by a group operating under the auspices of the Esan Liberation Movement (ELM).

Prosper Iyere, the leader of the Esan Liberation Movement, signed the statement on behalf of the Concerned Ekpoma Eminent Stakeholders Forum (CEESF) and the Iruekpen Youth Association, respectively. The group also urged the federal lawmakers who represent the entire Esanland to persuade the relevant government officials to order the contractor in charge of building the road to mobilize to the site and immediately begin work on the project, in order to alleviate the suffering

Since Monday, August 22, 2022, the group and other concerned teenagers in Esanland have been protesting the neglect of the road by federal officials.

The group claimed that despite sending numerous letters to the relevant parties informing them of the terrible state of the road, they had received no response. He claimed that this failure to receive a response was what sparked protests throughout Esanland.

“It is no longer news that the terrible state of the road has a terrible impact on the overall socio-economic life of the people, including but not limited to the destruction of their businesses, particularly of those who deal with perishable foodstuffs, who get stranded on a daily basis when their vehicles break down on the road,” the Group claims. This tragic experience has always led to enormous financial losses, fatalities, wasted time on the road, and risks to people’s lives and property.

The group highlighted that the repercussions of the government’s inability to rebuild the road had also forced residents of Ekpoma town to use alternate routes, which they claimed had become intolerable for the locals.

“We dare to say that we deserve to enjoy the proceeds that come from the region and demanding for a good road network is not asking for too much,” Iyere said. The South-South region is a major contributor to the survival of the Nigerian economy through revenue from oil and gas.

The Group Leader criticized the carelessness, behavior, and casual attitude of the politicians who represent the area, claiming they had declined to exercise oversight over the roadway connecting Benin and Auchi and other facilities in Esan land.

Equally, we worry about the National Assembly members’ insensitivity to the needs of the populace un terms of drawing amenities to our region.

The Ewu axis of the highway will be closed off to traffic as part of Iyere’s protest up until “our demands for quick action on the road restoration are realized,” the organization stated.

He added that they will not allow any hoodlum or gang of people to hijack the protests with the intention of ruining “our image by any means” but informed the Police and other law enforcement agencies of their willingness to be peaceful and law-abiding during the protest.

While making a plea to “our government representatives as well as the relevant contractors to come to our rescue,” Iyere stated, the Group has also promised to support the contractors Dantata and Sawoe so they can manage the work successfully.

On September 21, US court will sentence Hushpuppi.