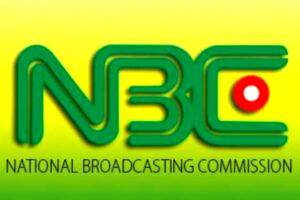 The Muhammadu Buhari presidency has been the most hostile to the media since our democracy was restored in 1999.

It has done everything possible to restrict the media and democratic space, depriving Nigerians of their constitutionally guaranteed right to free expression and media freedom (As Amended).

It has used its various agents, particularly the Federal Ministry of Information and Culture, the National Broadcasting Commission, NBC, and lawmakers in the National Assembly, to tweak the Broadcasting Code in order to penalize radio and television stations, to regulate the press, to shrink the Social Media space, and to manipulate the “Hate Speech” protocol in order to muzzle the right of expression.

Just a few weeks ago, the NBC granted permission to Trust TV and the British Broadcasting Corporation, BBC, for documentaries on banditry and terrorism in Nigeria. Lai Mohammed, the Information Minister, falsely accused them of glorifying banditry and terrorism when all they were doing was reporting the other side of Nigeria’s insecurity. They upheld Nigerians’ constitutional right to know what is causing insecurity in the country.

While the dust had yet to settle on that, the NBC was at it again, withdrawing the operating licenses of 53 radio and television stations for alleged failure to renew their licenses. We admit that some Nigerians have a dishonorable attitude toward obeying the law, particularly when it comes to financial obligations.

That is wrong and should be discouraged. However, the closure of 53 radio and television stations is also unacceptable. The Broadcast Code should be designed with Nigerians in mind, not the other way around.

It is not in the interest of Nigerians for that number of media houses to be closed down due to debt during this political season, when campaigns for the 2023 general elections are about to begin. It will cause hundreds, if not thousands, of media practitioners and related workers to lose their jobs, worsening our unemployment situation.

We agree with the Nigerian Guild of Editors and the Socio-Economic Rights Accountability Project, SERAP, that the Federal Government’s aggressive stance toward the media will violate their constitutional rights to unrestricted access to information and opinion, as well as the exchange of the same. We also agree with their legal action to halt the closures. The courts must shield the media from executive overreach.

If debt is a “crime,” the Buhari administration is a serial “offender.” Unless a miracle occurs, it may soon begin to default on its foreign debts. The government should engage the defaulting media houses constructively. It is encouraging to see that the NBC has backed down from its earlier intentions. There is no way to avoid the media. The NBC is not a revenue-generating organization. With nine months to go, the Buhari administration should relax, not tighten, its grip on the media.