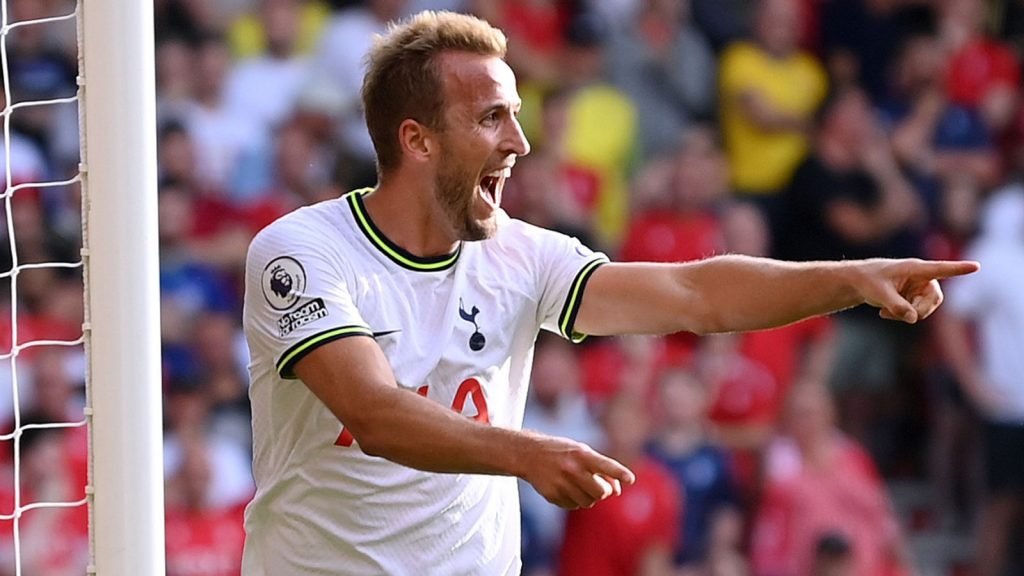 It was the 200th league goal of his professional career.

Kane opened the scoring in the fifth minute when he rolled in a low shot from Dejan Kulusevski’s pass.

The England captain was then denied from the penalty spot by goalkeeper Dean Henderson. It was the first time he was denied from 12 yards in 22 attempts in all competitions.

Kane, however, atoned for the miss inside the final 10 minutes by heading in Richarlison’s superb cross.

It was his 187th Premier League goal, which has taken him to joint-third on the all-time scoring chart, behind only Wayne Rooney and Alan Shearer.

Related Topics:Harry Kane nets 200th goal in 2-0 win over Nottingham Forest
Up Next