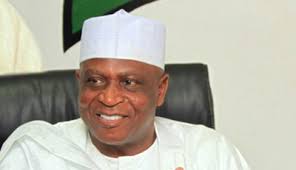 Abubakar Kawu Baraje, a Peoples Democratic Party (PDP) chieftain and former All Progressives Congress (APC) member, has distanced himself from new reports claiming he said on Monday, August 1, 2022, that the insecurity in Nigeria can be traced to the influx of Fulani individuals from neighboring countries such as Mali, Niger Republic, and Chad brought into the country for election purposes in 2015.

In an interview with Track News on Wednesday , Baraje claimed that his political opponents waged a smear campaign against him.

“That news about me was fake news,” Baraje said.

“The referred-to press conference is the work of miscreants.” On my 70th birthday in 2019, I issued a press statement. That was roughly two and a half years ago. What I said at the time was crystal clear. Thank goodness what I said was recorded.

“It is surprising that some people on social media now find it convenient to create fake news, an interview that took place two and a half years ago, and portray it as if it is very recent.”

He explained that what he said at the time was that the APC “prepared all manners of scandals to ensure that if it did not win, then Nigeria does not stay” in the run-up to the 2015 general elections.

Advertisement
Related Topics:"I never said we brought in Fulani militias from Mali and Chad to win the 2015 election" - Baraje
Up Next

Dino Melaye and Daniel Bwala are appointed by Atiku Abubakar as new spokespeople.

The country’s level of insecurity is frightening – Lawan