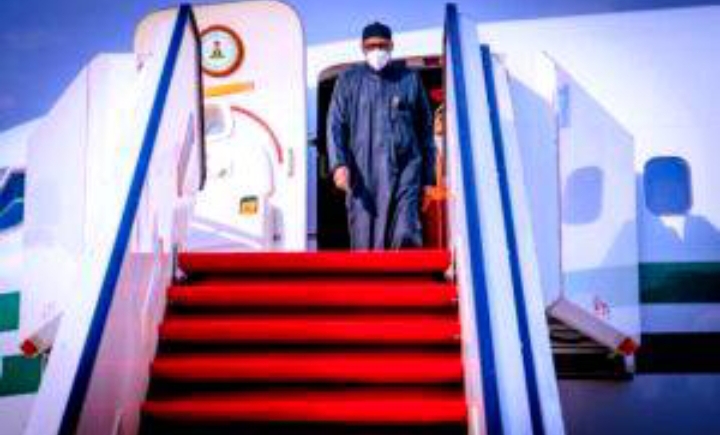 Nigerians traveling by air to other states in the country may be forced to risk land transportation due to significant increases in airfare prices.

This development has taken a different turn, as industry stakeholders advise passengers on alternative plans.

They also stated that the sector is currently in crisis and requires immediate attention.

The N50,000 price agreed upon by industry stakeholders in the first quarter of the year for air tickets has continued to rise on a daily basis.

According to Track news, the development was caused by a rise in aviation kerosene, also known as Jet A1, a lack of foreign exchange, and the closure of the domestic runway at Lagos’ Murtala Muhammed Airport.

Meanwhile, Mr. Olumide Ohunayo, an aviation analyst, told Saturday Vanguard: “There is a major concern in the sector that requires an immediate response.” If you’re going on a trip, always have a backup plan in case you arrive at the airport and discover your flight has been canceled or rescheduled.

“Also, if you book a flight with an airline, you may be forced into a smaller aircraft if they have a limited number of passengers.” This allows the airline to save money on fuel.

“Another arrangement is that an airline may send you to another because they have a limited number of passengers.” This is a serious concern.

“I believe there will be an initial shock, a slight withdrawal, but the insecurity on the road will be unavoidable.” Fears will grow, and there will be more demand, because two airlines have already left the market, with no replacement.

“Perhaps when these airlines return, there will be more stability.” This development would help some airlines recoup their losses, as the industry is already losing a lot of money. On a weekly basis, there may be some profit, but in financial books, companies look at the end of the year.”

In addition, Dr. Gabriel Olowo, President of the Aviation Safety Round Table Initiative, ASRTI, advised airlines in a chat that selling what they buy is preferable to negotiating safety by cutting corners.

“This is my honest opinion to Airlines, given the uncontrollable factors of production in the Airline Industry sector,” he said. Demand will undoubtedly fall, but this is preferable to cutting corners and planning an accident.

“The Spring Alliance spirit must be strengthened, and the sector must not negotiate an accident.” The NCAA is encouraged to be more vigilant in its monitoring of cost-cutting measures.”

Meanwhile, Nigerians who travel by air have continued to express their dissatisfaction with the recent increase in airfare prices.

“With all these ongoing, it shows there is no sanity,” one of the passengers, who preferred anonymity, told the Saturday Vanguard. Nobody is thinking about the common man; they are only concerned with their own pockets. Consider a N162,000 trip from Lagos to Abuja; where do we go from here? This is heartbreaking. The roads are dangerous. Those who were kidnapped inside the train months ago are still being held captive.

We haven’t even discussed the frequent flight cancellations.

Mr. Ejiro Aghogho, a businessman about to board a flight, also expressed concern about the situation.

“Despite the recent hike earlier this year, we thought we could have a safe haven away from the attack by terrorists causing mayhem on the road,” he said, “but it appears that they are using our travails to rip us off our hard earned money.”

“Costs must be reduced while revenues must be increased.” Foreign currency and aviation fuel must be made more affordable. Local aviation fuel refining should be prioritized.

“This is where the Federal Government should be concentrating its efforts.”

Related Topics:Increased airfares: Our industry is now in a state of emergency - Aviation experts
Up Next