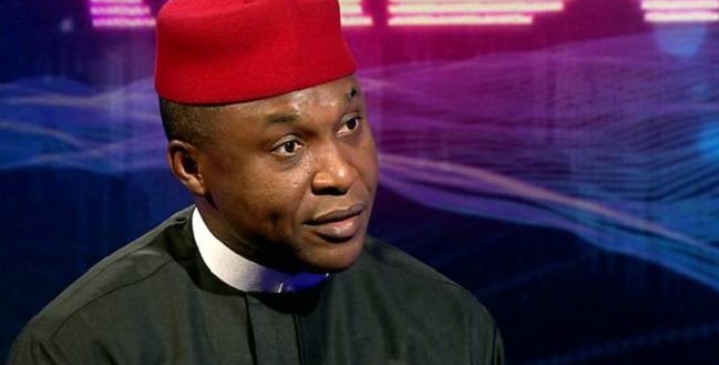 The Department of State Security Services has tackled Hon. Osita Chidoka, the past Minister of Aviation, over what it considers an outburst over the security crisis in the nation, accusing him of displaying ignorance in the public.

Recall that the former Corps Marshal of the Federal Road Safety Corps had earlier blamed the inglorious insecurity in the country on the failure of the leadership to manage the country’s diversity to promote cohesion and efficiency among the nation’s military and security agencies.

The former minister called for what he termed ‘creative measures’ to tame the flame of killings and destructions across the country as well as coordinated oil theft in the Niger Delta, which has deprived the country of huge revenue to tackle its challenges.

BUT, in a bitter reactions to the claims by the former minister, Dr. Peter Afunanya, the DSS Spokesman, described Chidoka’s comments as those of a politician, which does not deserve a response from the security agency.

According to a statement obtained by Track News Nigeria on Wednesday on behalf of the DG DSS, Afunanya stated: “Mr. Chidoka spoke as a politician and the DSS does not join issues with politicians. Intelligence activities are based on need-to- know, need-to- hold and need-to- access principles.

“For today, Mr. Chidoka is not on any of the security platforms to appreciate the workings of the intelligence community or the DSS in particular. He has no history of core intelligence practice, competence and experience.

“Chidoka exhibited lack of knowledge or complete ignorance in aspects of his analysis especially as it concerns the DSS.

The DSS maintained: “In any case, the Federal Road Safety Corps, where is once headed, has unarguably continued to enjoy a robust relationship with the DSS based on inter-agency collaboration.”

Advertisement
Related Topics:Insecurity: DSS Knocks Chidoka Over Comments
Up Next

The PDP BoT fails to resolve the Atiku and Wike schism.