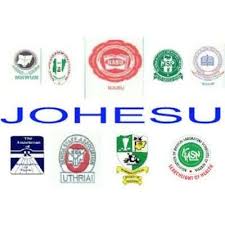 The federal government has been urged to pressure the Ministry of Health and its counterpart in the Department of Labor and Employment to swiftly resolve all outstanding issues with the professional bodies in order to prevent the resumption of the strike action that had been put on hold by health workers under the auspices of the Joint Health Sector Unions (JOHESU) and Assembly of Healthcare Professional Associations (AHPA).

In September 2020, JOHESU/AHPA began a warning strike over unresolved welfare issues. The strike was put on hold as a result of President Muhammadu Buhari’s intervention. However, ten months later, if the authorities do not resolve their complaints, the health workers are threatening to return to the front lines.

Although the government budgeted a sizeable sum of money to cover special personnel wages in all sectors, including the health sector, the FMOH has frustrated every significant attempt to address the associations’ welfare demands, according to the Acting National Secretary of JOHESU, Comrade Mathew Ajurotu.

“JOHESU deems it necessary to express its gratitude to the FG for seeing to it that fairness and justice are administered to all segments of Nigeria’s enduringly challenged health sector.

“Specifically, it is imperative to state that we are deeply appreciative of all efforts made to ensure that JOHESU/AHPA members receive their overdue April and May 2018 salaries. This is because our sector engaged in high-level intrigues and high-wire schemes that resulted in the avoidable and unnecessary seizure of our members’ salaries.

“We appreciate these commendable actions that have lessened the anxiety and trepidation in the healthcare industry. The FMOH, in particular, has continued to thwart any attempts to seriously address our demands, which were lowered in deference to President Buhari’s patriotic appeal that JOHESU members and other personnel should give up strike actions in the public interest. This needs to be noted as well.

They requested President Buhari’s prompt action in the statement titled “Update on the Demand for Adjustment of CONHESS as done for CONMESS and other Demands of JOHESU/AHPA” in order to fulfill every unfulfilled agreement on their welfare.

They emphasized that the federal government changed the CONMESS for Physician Cadre in Federal Public Service eight and a half years ago, which is when their protests for the demands began.

The payment of Reviewed Hazard Allowances and other Welfare Packages, the adoption of the Consultant Cadre for Pharmacists in the Public Service, and changes to CONHESS as were made to CONMESS are among them.

“The Federal Ministry of Health’s counterpart and the Hon. Minister of the Federal Ministry of Labor and Employment established a Technical Committee to ease the discomfort of revising the CONHESS after eight and a half years of wrangling. Due to manipulations by the FMOH, all efforts to execute the Technical Committee’s findings have been blocked for the past eight months even though this job was completed in December 2021.

“In actuality, the Technical Committee had completed its tasks at a meeting held in July 2022, clearing the path for the money needed to amend CONHESS to be distributed to key employees. The National Assembly has currently allocated N200 billion for a service-wide vote that is intended to address systemic needs, including N80 billion for the adjustment of CONHESS in the same way that CONMESS was adjusted for JOHESU members and other requirements in the health sector.

At addition, the document stated that “despite the payment of withheld salaries for JOHESU members for April and May, 2018, some withheld payments for our members in FMC, Owerri; JUTH and LUTH who had management issues are still unpaid.” This development is concerning because it causes entropy to keep building up in those facilities.

The National Salaries, Wages and Income Commission’s circular detailing the compensation payable to each cadre of health workers was eventually announced by the federal government in December 2021. (NSWIC). The health group voiced dissatisfaction that eight months later, the federal government still had not started paying out these allowances. They disapproved of the negotiating team’s declaration that the fund was woefully inadequate to cover the risks involved in care provision in any functioning health system.

Additionally, JOHESU/AHPA requested the Presidency to speed up the implementation of raising the retirement age for health professionals from 60 to 65 years old and raising it to 70 years old for consultants in non-physician cadres. All FHIs are affiliated with this format in the education sector, and it needs to be standardized to improve delivery in the health sector, according to the statement.

The bodies urged that the inconsistencies be fixed and noted the adoption of the Pharmacy Consultant Cadre as yet another obvious example of how the FMOH’s current leadership tends to stifle the rightful aspirations of non-physician health workers in Nigeria.

The National Council on Establishment initially authorized the Consultant Cadre in 2011. Despite numerous attempts to undermine this permission, we persisted until the FMOH was informed on March 6, 2020, in a letter with the reference number HCSF/SPSO/ODD/NCE/CND.100/S.8/39, that the NCE had once more authorized the Pharmacist Consultant Cadre.

The FMOH received a letter from the National Salaries and Wages Commission on June 17, 2020, with reference number SWC/S/04/S.218/T/9. The remuneration structure of medical professionals, including consultant pharmacists, has subsequently been devised, according to the letter from the NSWIC.

According to their insistence, “Consultant Pharmacists are eligible to be paid relevant allowances, including Specialist Allowances, as stated in Circular No. SWC/S/04/S.410/Vol 11/349 dated 8th December, 2009.

“It is necessary to inform all stakeholders that the JOHESU/AHPA leadership and NEC have scheduled a number of consultative meetings between the weeks of August 20 and September 7, 2022, during which a report on the suspension of JOHESU respect following President Buhari’s intervention will be covered.

Comrade Ajirotu added, “We humbly call on the Presidency to swiftly persuade the FMOH and FML&E in particular to resolve all disputing matters promptly.

23 million Nigerians are unemployed, according to experts.

Over 90% of children with disabilities, according to FG, do not have access to elementary education