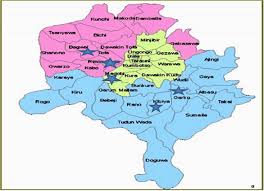 Kano State Police Command has confirmed that a 17-year-old student of a secondary school in Dau community of Wudil Local Government Area in the state committed suicide yesterday.

When reached, Abdullahi Haruna Kiyawa, the Public Relations Officer of the State Police Command told Track News Nigeria that she was found dead hanging by a branch of a tree.

He assured that the police are investigating the cause of her death.

As at the time of filling this report, the motive of the suicide was not yet clear, some residents of the Dau community claimed that the deceased committed the suicide to avoid a forced marriage.

BUT, her parents have refuted the claims, stating that they had no plans to marry her off while she was still in secondary school.

Related Topics:Kano Loses Female Student To Suicide
Up Next

IYC is worried about the increase in kidnapping and violent crimes in Bayelsa.