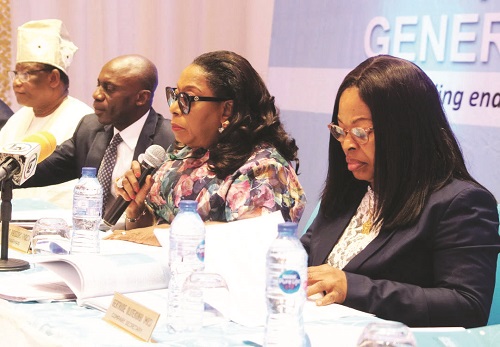 LASACO Assurance Plc has paid N8.9 billion claims to its policyholders who suffered insured risks in its 2021 financial year.

This represents over 100 percentage growth when compared to N4.2billion claims paid in its 2020 financial year.

The company’s group life business commanded the highest insurance compensation of N4.3billion translating to about 100 per cent increase from N2.2 billion it paid as claims in this class of insurance in 2020, followed by Fire insurance with N3.5billion paid as claims last year, which far outweighed N300.6 million paid in 2020.

Similarly, N426.2 million claims was paid under engineering insurance class in the year under review even as it paid N99.7million claims in this category in the preceding year.

Under motor insurance, the company paid N137.3 million as claims as against N91.1 million paid in the preceding year while it paid N328 million on General Accident policy last year as against N564.1 million in 2020 financial year.

She promised that the company will uphold and surpass its performance through implementation of best practice policies, digital upscale process strengthening and customer experience rejuvenation.

Related Topics:LASACO Assurance pays N8.9b claims to policyholders
Up Next