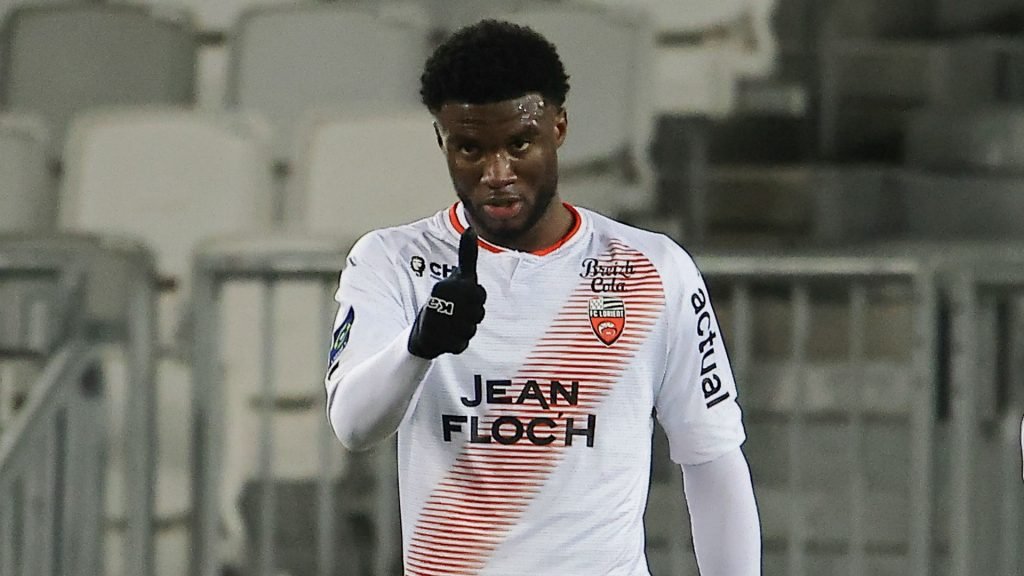 Nigeria forward Terem Moffi has been named in Ligue 1 Team of the Week.

The 23-year-old was also named Man of the Match after the game.

The striker was awarded eight out of 10 in the rating done by the authoritative L’Equipe newspaper.

Moffi has scored two goals in four league appearances for Lorient this season.

His club, who have in the last two seasons battled relegation, are so far unbeaten this term

Advertisement
Related Topics:Moffi named in Ligue 1 team of the week
Up Next