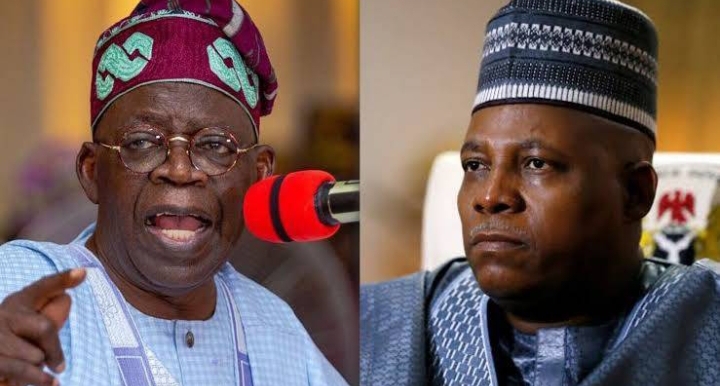 The Ogun Baptist Conference has said a big no to the use of a Muslim-Muslim ticket by the presidential flag-bearer of All Progressives Congress (APC) in the forthcoming 2023 general election.

It said it was a show of a huge insensitivity to the complexity of new Nigeria and the entire Church.

Rev. (Dr) ‘Wale Oyeniyi, the President of rhe Ogun Baptist Conference, made this known during a press briefing in Abeokuta, the Ogun State capital, to usher in 45th Edition of Conference in Session to be held at First Baptist Church, ‘Laditan, Oja-Odan and hosted by Irepodun Oke-Yewa Baptist Association from 6th to 10th of August, 2022.

The conference, which was entitled, “Christian Lifestyle: Attitude of Gratitude”,
will have over 500 Churches inside Ogun State in 26 Baptist Associations in presence.

Rev. Oyeniyi, while calling on all Christian in Nigeria not to vote for any party that is religiously bias, reminded them of the subtle political movement in Turkey and some Asian countries that subtly and successfully turned them into Muslim states today.

He claimed that with the step, the APC has violated its party constitution which states that “it will guarantee equal opportunity for all mutual and peaceful co-existence respect and understanding, eliminating all forms of discrimination and social Injustice among Nigerians.

In his words: “those pushing for the Muslim-Muslim ticket don’t mean well for the country and the citizens. Those who say religion doesn’t matter are not saying the truth. In our current state in this country, religion matters so much because the last few years have witnessed heavy attacks on people of a particular religion. They include mass killings, kidnapping of clerics and other forms of attack. Religion matters a lot now”.

“I make bold to submit that there are competent hands in the Christian fold who can be entrusted with top political posts and who will make a whole lot of difference in governance with attendant positive impact on the lives of the citizens of this country”.

Oyenini therefore challenged the entire Christian community to be more involved in active politics so as to own or co-own the structures which will in turn facilitate their election into political offices.

He added: “Nigeria is in a hyper state of polarization. The country seethes with inter-ethnic distrust and inter-religious discord. Consequently, the populace irrespective of location or region, have been on edge for sometime, their living space being devastated by unchecked terrorist acts by extremist Islamist groups and run-away violence by herdsmen. The overt nepotism of the number one citizen of the country, President Muhammadu Buhari, has exacerbated feelings of sectional injustice and marginalization”.

“The choice of a Muslim- Muslim ticket is clearly against the Constitution of the Federal Republic of Nigeria. Section 15, sub section 1, talks about what the political objective of a political party should be. It directly defines the agreement of our co-existence that is unity, peace and progress. It stipulates that national integration should be the pivot of our existence as a nation and discrimination based on any sort such as religion, ethnicity, language, sex etc should be prohibited”.

“Subsection 3 mandates the state to pursue national integrity and integration by the establishment of association or functions that cut across religion, language, ethnicity and other barriers”.

He said the choice of same faith ticket by the APC was a clear indication of the level of disregard the party has for certain religions and tribes in Nigeria.

“The selection of a Muslim running mate by the APC is a display of gross insensitivity to the complexity of modern Nigeria and the entire Church”, Rev. Oyeniyi said.

“It is a betrayal of the advocacy for unity and peaceful co-existence with our Muslim brothers including notables Imams who had forewarned the party and the candidate from traveling that treacherous route. The Christian community is aggrieved about the emergence of a Muslim from the Northern Nigeria as the running mate of APC’s presidential candidate. The fact remains that there are Christian Governors and/or Deputy Governors from the Northern part of Nigeria”.

“The move by the APC in choosing a Muslim is a slap on the face of Christian faith. Secondly, desperation and over-ambition is noticed in the whole process: ‘We just want power at all costs and we don’t care what others think or do; we can win the elections without you, especially by other means other than by open ballot”.

He warned that “no region can boast of winning the election without the support from other region; also, no party should think that election could be won by relying on the support of one religion in Nigeria”.

“Furthermore, the APC’s Muslim-Muslim ticket is an indication of a hidden agenda. The APC has always come under the suspicion of the Church as pursuing an Islamisation agenda. Hence the various labels of the APC as: Islamic Movement, Islamic brotherhood, janjaweed party, Boko Haram party, among others. Now with all the positions in the hands of our Muslim brothers, it would take ingenious mendacity to prove otherwise.”

“The insinuation that Muslim-Muslim ticket thrived in 1993 and that the same can be considered now may be tenable if the country has not been so divided in line of ethnicity and religion as we have it today. The spirit of Hope 93 died with MKO and those who betrayed him and his mandate”.

“May Boko Haram, terrorists and insurgents, their sponsors and sympathizers not win the 2023 elections”.

Speaking on the insecurity in the country, Rev. Oyeniyi said, “the powers that be should stop chasing shadows, but confront objectively the base of insurgency, banditry, kidnapping, unprovoked killings”, so that farmers can confidently go to theirs farms, travellers can go about their businesses without any fear, rural and city dwellers can sleep with both eyes closed.

“Justice must also be seen to be served to apprehended culprits. This will bring about trust, healing, and confer credibility on the fight against insecurity. Truly, if and when this and much more is done, creativity and innovation will surge. Investors, both local and foreign, would be confident to invest in the system. The economy would thereby heave a sigh of relief. The teaming population of our youth would be more meaningfully engaged; because peace and stability would reign in the land.
Good

Advertisement
Related Topics:Muslim-Muslim Ticket: We Say No - Ogun Baptist Conference
Up Next

Just in: Level of insecurity discussed by the Senate and Service Chiefs

When the time is right, Tinubu will offer his platform – Oshiomhole