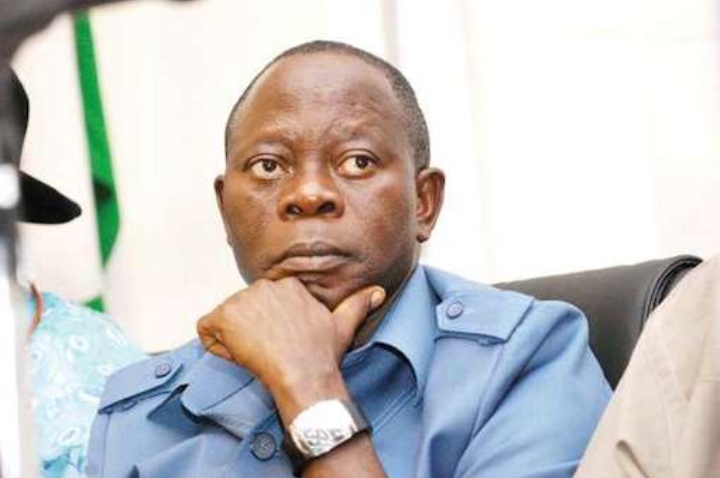 The past National Chairperson of the All Progressives Congress (APC), Hon. Adams Oshiomhole, has raised that Nigerians must be careful of those trying to cause a religious crisis in the country over the adoption of a Muslim-Muslim presidential ticket in his party.

The former Edo governor made this known in a brief chat with Arise TV on Wednesday.

Recall that Bola Tinubu, APC presidential flag-bearer, unveiled Kashim Shettima, the past governor of Borno, who is also a Muslim, as his running mate for the 2023 general election.

The development has degenerated to controversies from key stakeholders, particularly the Christian Association of Nigeria (CAN) and several Christians within the party.

In his reaction, he added that Tinubu has shown religious tolerance by being married to a “Christian wife for about 40 years”.

Oshiomhole described the detractors as “Christians by mouth and devils by heart” and accused them of trying to incite religious violence.

According to him: “This country has survived religious wars. Even people who are on record of being prosecuted for misappropriating money that a Muslim governor appropriated in favour of Christian children who were displaced. They are now the new voice of Christianity.”

“So we must distinguish between Christian by mouth and devil by heart who wants to see Nigeria engulfed in a war that nobody can win. Asiwaju [Tinubu] has a Christian wife of about 40 years and is happily married. Is that not an example of what the nation should be?”

Related Topics:Muslim-Muslim Ticket: "Why Tinubu Is Religiously Tolerant"
Up Next

An “attack” against Oshiomhole launched by Peter Obi supporters