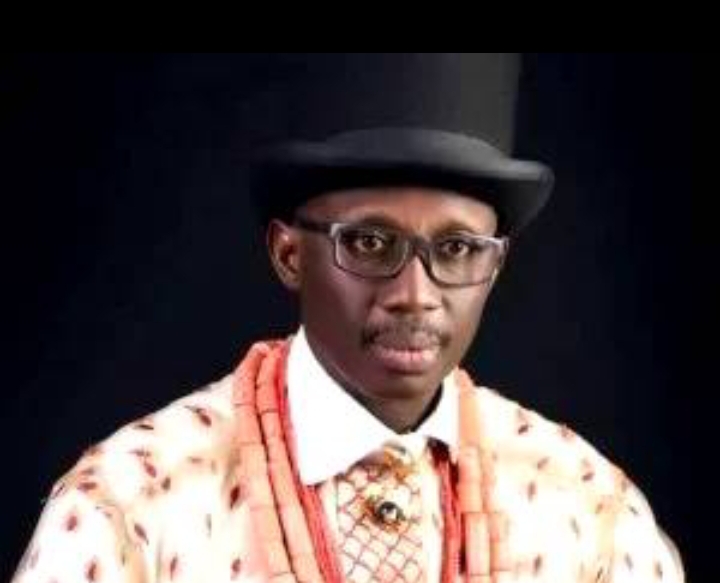 In this interview, HRM King Bubaraye Dakolo, Agada IV, Ibedaowei of Ekeptiama Kingdom, the chairman of Bayelsa State Traditional Rulers Council, links the injustice in the Niger Delta caused by the expropriation of its oil and gas resources to the country’s insecurity. He also accused the Federal Government of stifling the NDDC’s ability to develop the region.

The East-West road in the oil-and-gas-rich Niger Delta has been in disrepair for years; how would you react to this?

Is anyone shocked? The East-West highway is a major thoroughfare, but it has long been a death trap. That road is supposed to have been attended to by the Ministry of Niger Delta Affairs and the Niger Delta Development Commission (NDDC), particularly the MNDA. Some people, somewhere, do not simply care. You should be aware that the Niger Delta is a very rich area with a lot of oil and gas. It is the sector in which Nigeria earns almost all of its foreign exchange through the sale of oil and gas. So, if an area that supplies the country in that regard is completely ignored, it says a lot about those in charge of this country. It implies that the people in charge of this country are unconcerned about the plight of the people in the region.

However, the NDDC has been dormant for years without a substantive board.

The NDDC is yet another shambles. The Act that established NDDC is excellent. In terms of quality of life, we are supposed to be in a fantastic location. However, despite the enormous resources amassed by the commission over the last 20 years, this is not the case. The forensic audit has been completed, and I’ve heard that there is a long list of failed and fathom projects with names attached. There are names for all types of contracting firms, from portfolio contractors to folio contractors. Are you still perplexed as to why the list isn’t public? It is not in public because of the names you recognize and those you do not recognize.

The FG is complicit in the failure of the NDDC.

Almost everyone you know who might be in one of these positions has his name there. So, if we’re all in this mess, why should anyone come in and expose it? As a result, the Federal Government of Nigeria bears direct responsibility for the NDDC’s failure.

Nigeria experienced a coup in 1990. Perebo Dakolo was the captain of the ship. He was executed for the coup a few months later. However, this resulted in a 1.5 percent derivation, which was later increased to 3%. This was during the reign of General Ibrahim Babangida. Remember that derivation ceased in 1969 when Decree 51 was issued, and the entire oil business was taken over by the federal government rather than the region. The Babangida regime followed up with OMPADEC, which was supposed to develop the Niger Delta. All of this was done to prevent such an assault on the state by claiming that you are polluting our environment, taking our oil money, and failing to care for us. So the goal was to ensure that the area was developed so that nobody like Perebo Dakolo would return and disrupt the system. But they don’t really mean it. It was all a ruse to make us feel better. However, OMPADEC was a colossal failure. It didn’t go anywhere. You may recall that when Obasanjo arrived, Bonny LNG could not be exported due to Niger Delta youths, and Ijaw youths felt this was unfair. Before the first shipment was sent out, Obasanjo had to come down after his inauguration and speak with us. As a result, OMPADEC became NDDC. As I previously stated, the Act is beautiful, but its purpose is to pacify us while the theft of our natural endowment continues unabated. I’m not surprised; perhaps you are. I’m not surprised that nothing has changed after 20 years of NDDC. It’s similar to being given something in the morning and having it taken away at night. As a result, the government is opposed to it working.

What is your advice for dealing with the country’s insecurity?

The insecurity in Nigeria is man-made; it is the result of our actions as a people. Nigeria’s insecurity is the result of gross mismanagement of oil and gas proceeds. In the last 70 years, the oil and gas industry has sold an estimated 3 trillion dollars of oil, of which approximately $1 trillion was outright stolen. If you use your calculator, $I trillion equals so much money in naira. With the current exchange rate, that is enormous. Is anyone surprised that we have Boko Haram with so much money stashed away in foreign banks and elsewhere? Is anyone surprised that there are bandits, unknown gunmen, kidnappers, Niger Delta militants, IPOB, ISWAP, and armed robbers? If those funds had been used properly, there would have been no one so impoverished as to be distracted enough to commit irrational acts.

So, if we want to solve the country’s insecurity problem, the easy way out is to return the Niger Delta people’s oil and gas rights. Give us our oil wealth back. Let us manage our oil money, and we will have peace. It is written in the Holy Book that you cannot continue to steal people’s resources and then have peace at night. No! You can’t keep stealing other people’s resources while sleeping soundly. It’s not because I don’t want you to sleep; it’s because of your actions that you can’t. As a result, Nigeria’s insecurity stems from this. So return our oil resources to us.

Niger Delta kingdoms as an oil bloc for others

Can you imagine the Niger Delta kingdoms being someone else’s oil bloc? Someone else’s oil block is my kingdom. My kingdom is located in OML 28, but it is not my oil bloc. This is something I recently learned. It’s been OML 28 for a long time. It is the same with Nembe Kingdom, Bomo Kingdom, and all the kingdoms around here. So, how are you going to sleep?

So, if the Nigerian state wants peace, it should give us what is rightfully ours, and Nigeria will be at peace. But I can tell you that if they keep stealing, we might not have Nigeria in a few years. Everyone will try to compete in areas where they have a comparative advantage as a result of restructuring. However, due to the way the oil and gas industry is run, all those who went into agriculture abandoned their farms and came for oil money. Those with textiles in Kano and Kaduna abandoned them in favor of oil money. Those in the manufacturing industry also abandoned it and came for the oil money. Everyone has abandoned everything else to come to my community and make it their oil bloc, dumping unprecedented amounts of pollution on me.

I believe that the Nigerian state has gotten itself into this predicament by attempting to distance itself from its roots and history. Before Nigeria was born, there were sovereign kingdoms, communities, and enclaves. Even though we lost our sovereignty as a kingdom as a result of colonialism and independence, the fact remains that we are close to the people and have a deep and rich connection to our history. So, wishing us goodbye or, as it is almost done, not mentioning us is not fair. I can tell you that it would have helped if the traditional institution had been properly captured, with major roles clearly spelled out as they should be. Perhaps some of the problems would not exist if traditional governance were a well-funded tier of government. State police have been proposed. The state police imply that we should have our own people police our environment so that you don’t bring someone who despises you so much that he comes and claims to be trying to secure you. He’s not going to do it. He’ll return and cause even more havoc. More importantly, he is unfamiliar with the environment and the people. People who know themselves and are in charge of themselves have power. There is some sort of dislocation. The supposed development of local communities or kingdoms is not really feasible.

The post NDDC wants to relax the Niger Delta while stealing their resources — King Dakolo appeared first on Track News.

Related Topics:NDDC is to make Niger Delta relax while stealing of their resources continues — King Dakolo
Up Next