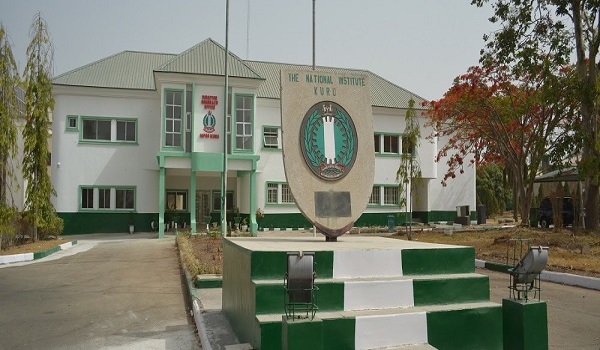 In Nigeria, he spoke at a policy dialogue on strengthening health governance at the local government level. The institute organized the event in collaboration with the Development Research and Projects Centre (DRPC).

Prof. Omotayo added that it is also critical for the parties that will eventually form governments at the national and state levels to prioritize health in their programming.

He lamented that the health sector is facing severe crises as a result of inadequate primary health care delivery, poor health infrastructure, insufficient personnel, poor handling of health emergencies, and a lack of health planning at the local government level, including resource diversions and a lack of autonomy for local governments to operate.

“The health sector is facing severe crises caused by inadequate primary health care delivery, poor health infrastructure, insufficient personnel, poor handling of health emergencies such as COVID-19, a lack of health planning at the local government level, resource diversions, and a lack of autonomy for local governments to operate.”

Also see: NIPSS promotes health promotion in local governments.
“These factors have made it difficult to achieve universal health coverage through primary health care.” If this trend continues, it will be extremely difficult to achieve Goal 3, which is dedicated to ensuring healthy lives and promoting the well-being of all citizens of all ages.

“It is for this reason that the National Institute and the dRPC felt it was necessary to establish this platform for deep reflections on health governance at the subnational levels in our country.”

“We expect to harvest the recommendations at the end of this dialogue and package them in the form of policy briefs, which will be shared with the MDAs in charge of implementing health programs in the country for uptake.”

He stated that the institute, as a policy think tank, is dedicated to research and reflection on national and international issues that have a direct impact on the lives of citizens in the country.

Dr Muhammad Saddiq, a health system and management expert at the University of Sheffield in the United Kingdom (UK), believes that the root of the failure of primary health care and the entire health system in low- and middle-income countries, including Nigeria, is a lack of governance.

He stated that there must be a transparent system that assesses what is within realistic limits of health-care resources available at the local, state, and federal levels, and that building a successful health-care system must begin with a new mindset and a clear fundamental decision made by the government.

The dialogue, according to Dr Stanley Ukpai, Director of Projects DRPC, will explore and share best practices for strengthening health governance at local government levels as part of ongoing efforts in Nigeria to reform the health sector for maximum impact.

According to him, the policy dialogue brought together experts, academics, and policymakers from national and sub-national levels to provide recommendations to address health governance challenges for implementation at the three levels of government.

Advertisement
Related Topics:NIPSS D-G seeks priority for health issues in 2023
Up Next