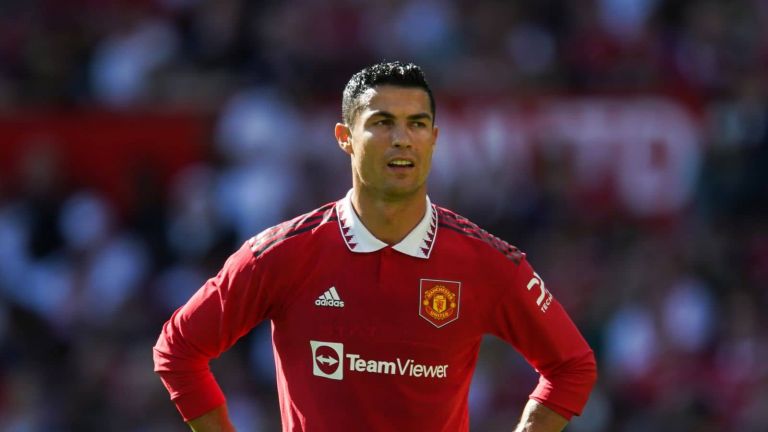 Cristiano Ronaldo returned to the Manchester United starting 11 on Sunday as the Red Devils drew 1-1 with Rayo Vallecano at Old Trafford.

This came after Ronaldo missed the entirety of Man United’s pre-season tour after asking to leave the club this summer, with the Portugal international having a meeting with the club last week to figure out how he can leave the Premier League side.

The 37-year-old wants to play in a team that can compete for the Champions League next season after United failed to qualify for the tournament but the problem for the superstar so far, is that no club of that stature wants to sign him.

Ronaldo returned to action yesterday playing 45 minutes against Vallecano. The Portuguese star then left Old Trafford early which caused some headlines, but according to the Daily Mail, several other players left the stadium early and it’s not something United are worried about or took issue with.

Related Topics:Nothing changes after Ronaldo’s return as Mendes will do everything he can to complete Old Trafford exit
Up Next

Yusuf wins another bronze medal at the Commonwealth Games

Osimhen is attempting to break Nigerian record set by Yekini.