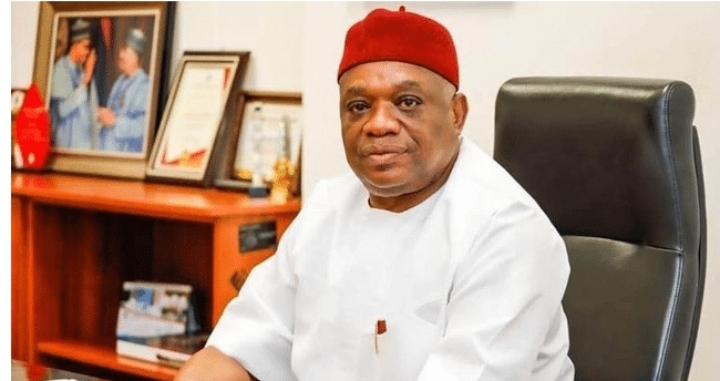 Orji Uzor Kalu, former governor of Abia State and Senate Chief Whip, has been accused of anti-party activities.
According to Track News, the Abia Rescue Movement made the accusation in a statement issued on Friday by its Coordinator, Onuoha Emezie.

It also claimed that Kalu, through proxies, was behind several media attacks on the APC governorship candidate in the state, Ikechi Emenike.

The group also claimed that the former Abia governor established APP to support his brother’s governorship ambition, which he denied months ago.

The group, however, asked Kalu to choose between the APC and the APP as to which party he owed his loyalty.

Meanwhile, ahead of the 2023 election, Babatunde Gbadamosi, a Peoples Democratic Party (PDP) chieftain, has defected to the Labour Party (LP).

Gbadamosi, who announced the latest development in a statement on Friday, expressed dissatisfaction with how the senatorial bye-election went after EndSars.

His optimism was rekindled, however, with the election of Peter Obi as the LP’s presidential candidate and the selection of Yusuf Baba-Ahmed as his running mate.

Gbadamosi expressed surprise at the level of energy, vigour, unity, and tenacity of purpose displayed by youths in support of the former Anambra State Governor.

He also stated that he had resigned from the PDP and had declared his support for the LP presidential candidate.

Related Topics:Orji Uzor Kalu accused of anti-party activities ahead of 2023
Up Next

Breaking: The Jigawa State Commerce Commissioner has gone away.