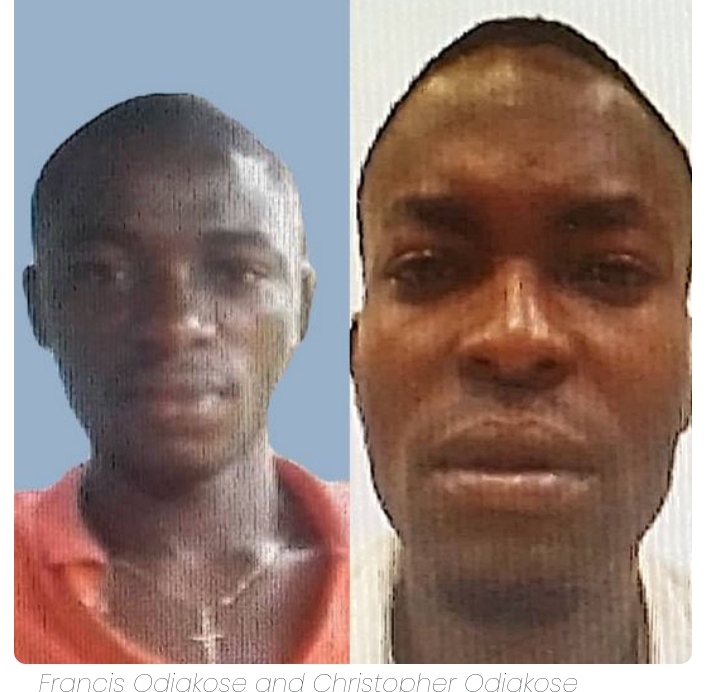 According to Track News, the suspects’ names are Francis Odiakose and Christopher Odiakose.

Bright Edafe, the state command’s spokesman, confirmed the news in a statement

He urged members of the public to provide any information that could aid security agents in apprehending the terrorist suspects.

“If seen, members of the public should, please, arrest and hand them over to the nearest Police Station or to the Office of the Commissioner of Police,” Edafe said.

Related Topics:Police have declared two people wanted in connection with terrorism.
Up Next

Babachir Lawal Is Tinubu’s Closest Encounter; He Bid On The Finger That Fed Him – Shittu

In Lagos, the NDLEA destroys 560,068kg of cocaine and cannabis.