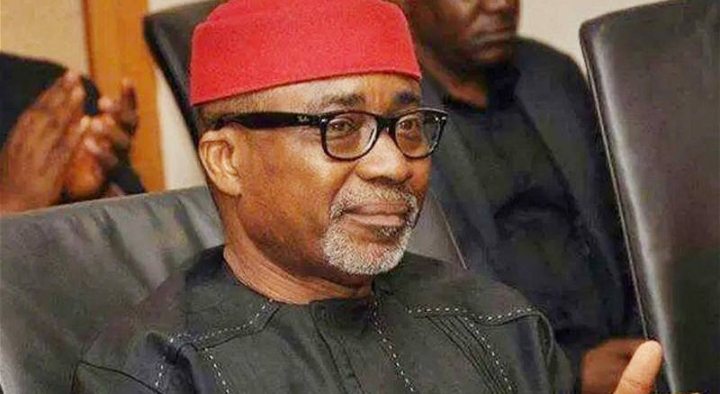 The former Senate Minority Leader and Senator representing Abia South district, Senator Enyinnaya Abaribe, has claimed that those referring to the candidature of Peter Obi, the presidential candidate of Labour Party, as ‘Igbo presidency’, are mischievous.

Track News Nigeria gathered that Senator Abaribe is gunning for re-election under the umbrella of the All Progressive Grand Alliance (APGA).

He maintained that it is unfair to single out Obi and relate his ambition with his tribe while leaving out other presidential men.

Abaribe made this known at a virtual town hall meeting by Ikengaonline, marveling at why Obi’s traducers are not also referring to Atiku Abubarkar of the Proples Democratic Party, PDP as ‘Fulani presidency’; and Bola Tinubu of the All Progressive Congress, APC, as ‘Yoruba presidency’.

He noted that those trying to link Obi’s bid with the agitation in the South East were part of those behind the political exclusion of the race from Nigeria’s political equilibrum.

The former Abia Deputy Governor, insisted that Obi should be seen as an individual pursuing his constitutionally-guaranteed rights without any links to his tribe and religion.

According to him: ”It’s unfortunate that Peter Obi’s emergence which is now a silver lining has come with complications. Tinubu has a presidential ticket, nobody is saying it’s a Yoruba ticket.

” Atiku has a ticket, nobody is saying it’s a Fulani ticket. But Peter Obi got a ticket and everybody is shouting:’It’s Igbo presidency. Some even try to link him with the Biafra agitation.

” Have they tried to associate Tinubu with the Oduduwa self determination agitation? Or Atiku within the Fulani herdsmen menace or the banditary in the North”

The legislator added that some people have continued to live in fear and suspicion of the Igbo or impute unnecessary motives to genuine moves by Igbo sons and daughters.

Advertisement
Related Topics:"Referring Obi’s Ambition As ‘Igbo Presidency’ Is Mischievous – Abaribe
Up Next

Fintiri revealed Farauta a female as his running mate.