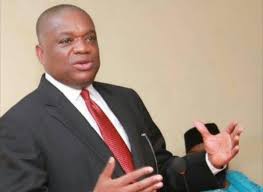 Senator Orji Uzor Kalu, the chief whip in the Senate, has been encouraged “to come clean” and reveal his true political allegiance by choose between the Action Peoples Party (APP) and the All Progressives Congress (APC), with whom he is supposedly having an affair in Abia.

A social-political organization in Abia operating under the name of The Abia Rescue Movement (TARM), which disapproved of the former Abia governor’s covert political activity, challenged Kalu to declare his true political affiliation.

The organization stated in a statement made available to the media in Umuahia and signed by its Coordinator, Dr. Onuoha Emezie, that it had made the decision to confront the Abia North Senator after noticing his covert actions that were harming the Abia APC.

TARM said that in addition to supporting the APP chapter in Abia State, Kalu had also allegedly been fishing for APP recruits in the waters off the coast of Abia APC.

The good news is that he is being rejected by a lot of intelligent APC members. However, Orji Kalu is persistent in his efforts to discredit the party and its candidates, according to the group.
“Senator Kalu’s relationship with APP is public knowledge that anyone may access. He is the party’s main promoter and recruiter. Abia APC is his main hunting ground.

The sociopolitical group observed that it was unusual for a politician to place his right foot in one political party while planting his left leg in a different one.

“Kalu must pick between the APC and APP rather than dwell in pretense and self-deceit. Today, he must determine which of the two parties merits his loyalty. There is no way around it. What form of government will permit a man to simultaneously participate in two political parties?

“Kalu needs to make a decision between the APC and the APP, not dwell in pretense and self-deception. Today, he must determine which of the two parties merits his loyalty. There is no way around it. What form of government will permit a man to simultaneously participate in two political parties?

The organization expressed its horror at the previous governor of Abia’s and his supporters’ frequent characterization of their actions as “being smart” by applying a double standard, saying that it was reckless to maintain such an attitude.

TARM further denounced what it called veiled attacks against Chief Ikechi Emenike, the candidate for governor of Abia APC, and stated that it was aware that Kalu had been utilizing fronts to disparage the party’s leader.
According to the group, such attacks on Emenike would not help in the ongoing efforts to make peace and reconcile all divergent interests in Abia APC to build a formidable political force to win the 2023 general election in Abia.

The national leadership of APC had on Wednesday handed over the task of unifying Abia APC to the eight-member peace and reconciliation committee inaugurated at Abuja with Senator Chris Adighije and Hon. Nkeiruka Onyejeocha as chairman and secretary, respectively.

TARM therefore urged Kalu to desist from “distractions and destructive antics” and become a promoter of peace and reconciliation, and in doing so, appreciate the favours done to him by the party that in 2019 “breathed fresh oxygen into (his) waning political life.”are hurting Abia APC.

TARM alleged that Kalu has not only been sponsoring the Abia State chapter of APP but has also been fishing in the waters of Abia APC to recruit members for APP.

“But the good news is that many discerning APC members are rebuffing him. Yet, Orji Kalu is not relenting in de-marketing the party and its candidates,” the group said.

“Senator Kalu’s involvement in APP is an open book which anybody can read. He is the chief recruiter and promoter of the party. His primary hunting ground is Abia APC.”

The socio-political group noted that it was an aberration for a politician to put the right foot in one political party and thrust the left leg in another party.

“Instead of wallowing in pretence and self-deceit, Kalu must choose between APC and APP. He must choose, today, which of the two parties deserves his loyalty. There are no two ways about it. What political system will support a man to be in two political parties at the same time?”

The group said that it was horrified that the former Abia governor and his followers usually regard his antics of double standard as “being smart”, noting that it was foolhardy to hold on to such belief.

TARM further condemned what it described as veiled attacks on the Abia APC governorship candidate, Chief Ikechi Emenike, noting that it was aware that Kalu has been using fronts to attack the leader of Abia APC.

According to the group, such attacks on Emenike would not help in the ongoing efforts to make peace and reconcile all divergent interests in Abia APC to build a formidable political force to win the 2023 general election in Abia.

The eight-member peace and reconciliation committee, inaugurated in Abuja with Senator Chris Adighije and Hon. Nkeiruka Onyejeocha serving as chairman and secretary, was given the task of unifying the Abia APC by the national leadership of the APC on Wednesday.

Therefore, TARM encouraged Kalu to stop engaging in “distractions and destructive antics,” support peace and reconciliation, and do so by showing gratitude for the favors bestowed upon him by the party that “breathed fresh oxygen into (his) dying political life” in 2019.

Related Topics:group tells the Senate Chief WhipSelect between the APC or APP
Up Next

Lucky James, a supporter of Adam Oshiomhole left and explains why