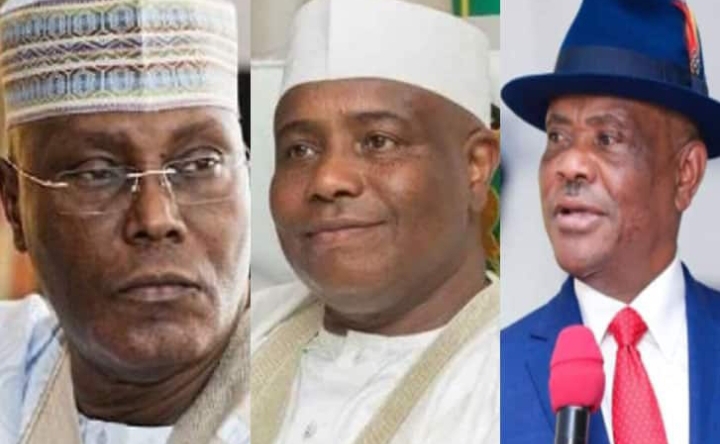 Tension within the Peoples Democratic Party (PDP) has been brought on by the purported plot by some party leaders to sway the appointment of Governor Aminu Tambuwal of Sokoto State as the Director-General of the PDP Presidential Campaign Organization.
In light of the current protests from southerners who are already upset about the north’s control over the party’s chairmanship, BoT chairmanship, presidential candidate, and positions of chief spokespersons for the campaign council, those opposed to such plans believe that appointing Tambuwal as DG will be disastrous for the main opposition party.

Oyo State Governor Seyi Makinde has been named, however his dedication to the presidential campaign may be hampered by his re-election because he may find it challenging to integrate both.

To placate the Rivers Governor and bring calm to the party, some PDP stalwarts would prefer the appointment of Governor Nyesom Wike as the DG of the Presidential Campaign Council.

Those opposed to Wike’s selection cited what they described the party’s experience with him during the 2019 presidential campaign, while some PDP leaders claim Tambuwal’s choice may backfire.

A source told Tracknews: “We have a feeling that Atiku is overindulging Tambuwal when it is obvious that votes from Sokoto State cannot make him President of Nigeria. The same man is aspiring to be the President of the Senate in 2023.

“Some leaders have asked Atiku to look at Makinde or Wike or any second-term governor from Wike’s camp. We think that Makinde, who is a first-term governor, cannot cope with the rigors of two campaigns in 2023. We may end up losing Oyo State.”

Another source, who was a member of the campaign committee, said: “Contrary to what Wike was saying, there was more to his involvement in financing the party’s campaign in 2019. I am shocked our leaders are keeping quiet.

“It was true that he assisted financially during the campaign through a former President of the Senate. But instead of allowing PDP National Secretariat to handle his assistance, Wike insisted on nominating a barrister to oversee the disbursement of funds.

“The National Financial Secretary and Treasurer never had access to what he gave. There was no direct cash given to the party or Atiku for the 2019 polls.

“Our former National Chairman, Prince Uche Secondus, is alive. He should speak out about his experience. Wike is a smart and intelligent politician who knows how to cut party officers to size, especially when funds are involved.”

Conciliation And Peace
Atiku Abubakar and Wike, who had reconciled on Thursday, decided to designate separate teams to meet in order to resolve the opposition party’s crisis.

While Atiku reportedly demanded that Wike present his selection right away, the governor reportedly informed the former vice president that he would first like to confer with his strategists before announcing his picks for peace and reconciliation talks.

According to a source, Wike is still discussing the party’s future with his strategists.

Related Topics:Tambuwal 'Rejected' From Position As PDP Campaign DG Wike and Atiku have not yet formed a committee for reconciliation
Up Next

Can Okowa persuade Abuja to buy the Delta story?