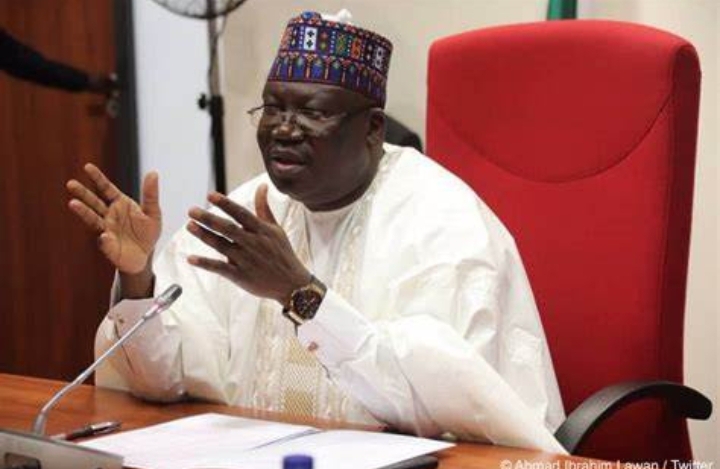 The level of insecurity in the country, according to Senate President Ahmad Lawan, is “frightening.” Lawan stated during a meeting between Senate leadership and security chiefs on Wednesday, August 3, that insecurity is on the rise, despite the fact that the Muhammadu Buhari administration has invested significantly more in security than its predecessors.

He claims that the situation is having an impact on agriculture, direct foreign investment, and crude oil production. “This Senate, in particular, and previous sessions of the National Assembly in general, have demonstrated serious commitment and partnership with the Executive arm of government,” he said. As far as I can recall, no administration in this country, especially since the Fourth Republic began in 1999, has invested as much in the country’s security as the current administration.”

I believe that all security agencies and armed forces have done their best, but it appears that we need to do more to achieve our goals.” Of course, there are several arguments about whether the resources available to our Armed Forces and security agencies are adequate.” Certainly not enough. I’m not aware of any country where there is enough. But, despite our scarcity, this administration and this National Assembly have always prioritized our country’s security.” This particular session of our interaction is to look at where we are today, and this current position is probably the most frightening because there is nowhere to hide and nowhere to go.” There is insecurity everywhere. And it is threatening to destabilize the security situation where the government is based. We will review all strategies and determine what else needs to be done.” Our people are mostly peasants.

The vast majority of our people live in rural areas and work on farms. That is a Herculean task in many parts of the country today.” My belief is that we can do better in terms of rural security. The ostensibly ungoverned space. At least for those of us who work on farms for a living.” When our agricultural productivity falls dramatically, it complicates the security situation because most ordinary Nigerians are more concerned with what he or she or the family will eat. And, of course, everything else is secondary. “We have some economic problems as a result of insecurity.” There is no foreign direct investment, or at least not as much as we would normally attract to our country.”

Today, the level of oil theft is on an industrial scale, and many oil companies, particularly the oil majors, do not believe the environment is secure enough for them to continue operations. Our oil will be worthless if we can’t export it and earn money.” If nothing is done, the government may find it difficult to provide services.” Our crude is being stolen on a massive scale, which means our revenue is plummeting. “I hope that our discussions will allow us to consider other things, areas, or ideas that we did not have before.” The post The country’s level of insecurity is frightening – Lawan appeared first on Track News.

Related Topics:The country's level of insecurity is frightening - Lawan
Up Next