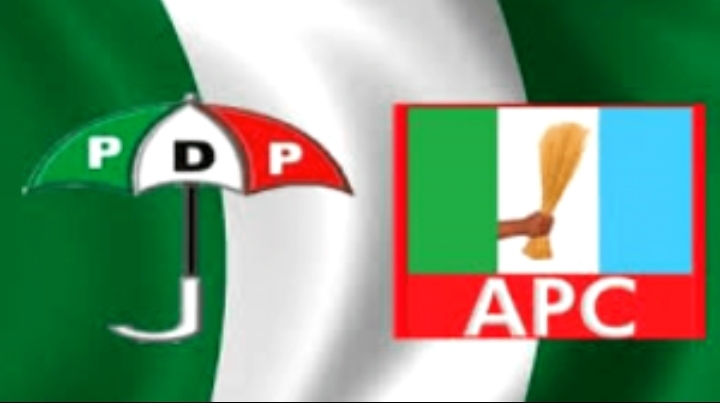 I recently read a tweet. “Party politics will be the death of us in Nigeria,” it said. I cracked a smile. This was not the first time I had heard something like this. I’ve heard arguments that party politics are the root of all evil in Nigerian politics. I’ve heard logical arguments about how allowing independent candidates to run for office will put a stop to party excesses.

People have described how the entire Nigerian system is corrupt because “the system promotes corruption.” What is the definition of party politics? Why is this regarded as the bane of Nigerian politics? Why do we point fingers at something so important to our democracy? What is the alternative to so-called party politics, which appears to be holding all 250 million of us hostage?

Political parties are an important part of a country’s democracy. There are very few nonpartisan places (not countries). Platforms that produce candidates for elections exist even in nonpartisan areas. The point of contention is now what is wrong with Nigeria’s party politics.

Anyone who believes a politician will prioritize party interests over personal ambition is naive. If the party becomes a hindrance to personal ambition, defection or cross-carpeting occurs without hesitation. Party loyalty can be defined as a politician delaying gratification after weighing the pros and cons, but that gratification will be collected at the appropriate time. This is why a presidential candidate can confidently declare, “It’s my turn.”

Here’s why this is such an important point.

An aspiring politician’s first step is to join a political party. You diligently serve the party by donating your time, energy, and resources to its advancement. Depending on your financial situation, you may be able to fund the party’s activities in some cases.

Everything you do for the party is in the hopes that it will become a platform for your political career. You chose this party based on your research, values, and aspirations, and you already have a goal in mind and a time frame for achieving it with this platform.

You see the light at the end of the tunnel after sacrificing your blood, sweat, and tears. Your party’s leadership then prioritizes “party interest” over what you consider your reward. A person with more resources than you is given the opportunity for which you have been preparing.

When the train speeds past you, you’re only one leg out of the tunnel, inhaling only the foul air. At that point, while still dazed from your baptism of fire, you begin to wonder who exactly determines what party interests are. You realize that the interests of the party are dictated by those who control the party leadership.

As you can see, party interest is simply another word for the personal interests of the party’s national leadership or the “powers that be.” You try to reconcile what you perceive to be a betrayal. You’re speechless. You begin contacting the powers that be in search of an explanation. All the while, you’re staring at your hand, clenching the shortest straw possible; irrefutable proof that, like others before you, you’ve been duped by political jargon you don’t understand.

To some extent, the ability of a career politician to understand and practice party politics is most important. This is because party politics determine how quickly your political career progresses. Even if you are the most popular person outside the party or the most capable, unless you understand party dynamics, your party loyalty will be meaningless. This is why many people end up serving the party unnoticed for years.

Some people are major stakeholders in each political party. Understanding the power dynamics that exist between these individuals is a necessary skill for any aspiring politician. Knowing when to prioritize relationships with state governments over relationships with federal governments, as well as when to bare your fangs, all require a strategic mind.

I’m not trying to minimize the importance of party loyalty. I’m also not dismissing its significance in party politics. Party loyalty is important because it limits competing personal ambitions. What I’m trying to say is that humans, like any other system, create the system rather than the other way around. To be sure, parties have constitutions that should guide their actions. However, this is only a suggestion that the current leadership is free to interpret. As a result, the human beings in charge of party affairs are extremely important.

Instead of the misguided emphasis on party loyalty, a strong reward system will benefit both the party and its members. Members are more likely to commit to party ideals if the party shows that hard work is rewarded with increased political power. If party democracy is promoted rather than monetocracy, there will be no need to keep reminding members that staying true will produce results. For the time being, political parties are the only way for Nigerians to contest elections until a better alternative emerges. We cannot, therefore, exclude party politics from our democratic process, regardless of personal ideology.

In fact, party politics is one of the more exciting aspects of politics. Ordinary citizens wield power over career politicians on this stage. The adage “politics is local” comes to life at this point. Local government and ward structures are made up of everyday citizens. Political parties, if done correctly, will eventually become the engine that drives good governance.

The party primaries for Nigeria’s 2023 elections have concluded. The winner of one aspect of party politics will now be the candidates running in the elections. On September 28th, the ban on open campaigning will be lifted, and we will be introduced to another aspect of party activities. Parties will go to great lengths to promote their products. Hatchets will be retired. Allies will emerge. “…collapses structure for…” will be heard.

We’ll keep an eye on the news and question everything party officials say. We’ll be observing body language and attempting to decipher every subtext. We will do all of this and more in the hopes of understanding and anticipating the various parties’ interests. After all is said and done, you, like me, will realize that party loyalty is merely a ruse to conceal the ambition of a few people with the right connections.

Related Topics:Tightrope walker: Party interest or personal ambition?
Up Next