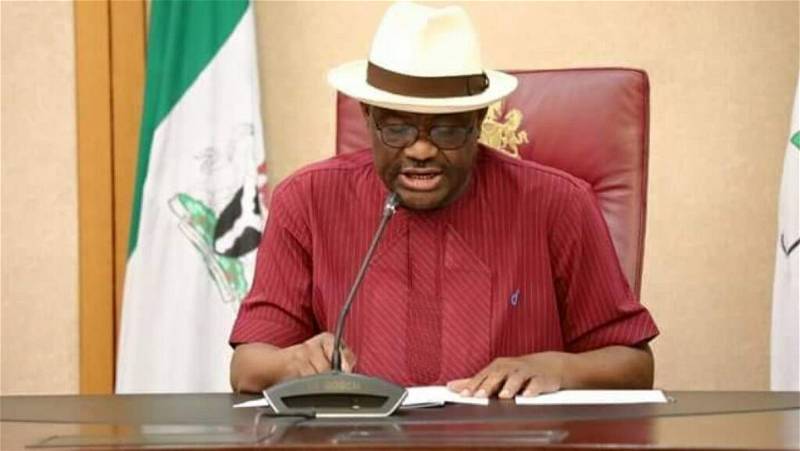 Taofeek Arapaja has been suggested by supporters of Rivers State Governor Nyesom Wike to serve as the interim national chairman of the PDP (PDP).
According to Track News, Atiku and Wike, along with a few governors, have been at odds ever before Atiku was announced as the PDP’s presidential candidate in May 2022. When Ifeanyi Okowa, the governor of Delta State, was announced as Atiku’s running mate on June 16, the crisis grew worse. All attempts to reach a consensus have failed.

Along with the governors of the states of Abia, Benue, Adamawa, and Oyo, Atiku met with Wike on Thursday in London. There were other PDP participants there, including Donald Duke.

In order to sit down and negotiate with Atiku for the group’s support in the upcoming presidential election, Wike’s faction reportedly sought the resignation of the national chairman, Iyorchia Ayu, at the meeting.

Wike’s faction explained why they were pushing on Ayu’s resignation, saying that it would balance the party’s leadership as all of the top national posts in the PDP are held by people from the nation’s northern zones.

They said that if the PDP nominated a person from the north for president, the party’s chairman would resign.

The second reason, in accordance with Wike’s camp, was the alleged divaricating nature of Senator Ayu, who they claim has made party difficulties worse through his leadership.

Because they are allies and the national chairman secretly backed Atiku in the party primaries, they urged Atiku to put pressure on Iyorchia Ayu to resign.

The Deputy National Chairman (North), Umar Damagum, would have to replace the vacuum such a move would generate, the PDP Presidential candidate noted to the gathering, thus Ayu’s resignation would not balance the party’s leadership.

The Wike camp, however, claimed that this could be avoided if Ayu and Damagum stepped down so that Arapaja, the PDP’s deputy national chairman for the south, would have a clear path to the position.

Former Oyo State deputy governor Arapaja is an ally of Governor Makinde, one of the governors supporting Wike.

Wike and his allies suggested that Arapaja serve in an acting capacity until the conclusion of the general elections, at which point the party might choose a permanent national chairman.

Advertisement
Related Topics:Wike's camp supports Arapaja to succeed Ayu as interim chairman of the PDP.
Up Next

Candidacy of Delta PDP for Governor: The Plain Truth

Do Tinubu and Shettima pose a threat to Christians’ existence? —Fani-Kayode