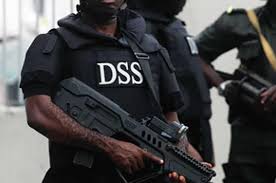 The Department of State Security Services, DSS, has mocked a former aviation minister, Osita Chidoka, for his recent comments on the country’s security situation.

Chidoka made headlines a few days ago when he appeared on Sunrise Daily, a Channels Television show, and criticized the country’s security architecture.

He also stated that the nation’s intelligence agencies do not employ any first-class graduates.

“Many people forget that security agencies are recruited on a state-by-state basis, so every state is represented.”
When you reach the top, you discover that only people from a specific section of the country will be the heads of the security agencies. That automatically creates a problem because people from the other side of the country begin to be sluggish at work.”

In a statement issued on Wednesday, DSS Spokesperson Peter Afunanya (Fsi, Phd) stated that Chidoka was grossly ignorant of the nation’s security protocols.

“Mr Chidoka spoke as a politician, and the DSS does not discuss issues with politicians,” according to the statement.

“Intelligence activities are based on need-to-know, need-to-hold and need-to-access principles. For today, Mr Chidoka is not on any of the security platforms to appreciate the workings of the intelligence community or the DSS in particular. He has no history of core intelligence practice, competence and experience.”

“Chidoka exhibited lack of knowledge or complete ignorance in aspects of his analysis especially as it concerns the DSS.”

“In any case, the Federal Road Safety Corps, where it once headed, has unarguably continued to enjoy a robust relationship with the DSS based on inter-agency collaboration.”

JUST IN: IPOB reacts to killing of ‘ESN member’ in Delta