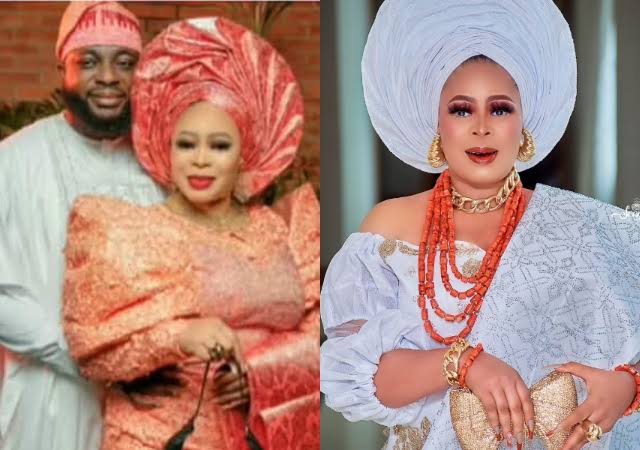 Barely a week since beloved actress Adeniyi Tayo tied the knot, yet the actress has been embroiled in a marital scandal.

The newly married actress has been accused of wrecking a home.

Recall that on Sunday that Adeniyi Temitayo had tied the knot in a private ceremony with her lover, whose identity is yet to be disclosed.

Congratulatory messages from fans, colleagues and others took over social media.

In a new update, the reports making rounds alleged that the actress snatched another woman’s husband.

The report claimed that her husband abandoned his wife to marry the actress.

Though the report didn’t mention the actress’s name, many pointed out how Adeniyi Tayo was the only actress who got married over the weekend in a secret wedding. To add to it, she also deals with creams and Kayanmata.

This report could be true as the actress kept her marriage underwraps and hasn’t publicly showed off her man.

Surprisingly, many agreed with the reports as they noted the secrecy of the marriage.

“Tayo Adeniyi na she do secret wedding” One Ola wrote

“Tayo Adeniyi… No wonder it was kind of low-key.. God abeggg” One Slim Turah wrote

“Adeniyi Tayo I don’t want to talk I don’t want problem she’s the one that got married this weekend and sell Kayanmata tell” One Denny wrote. 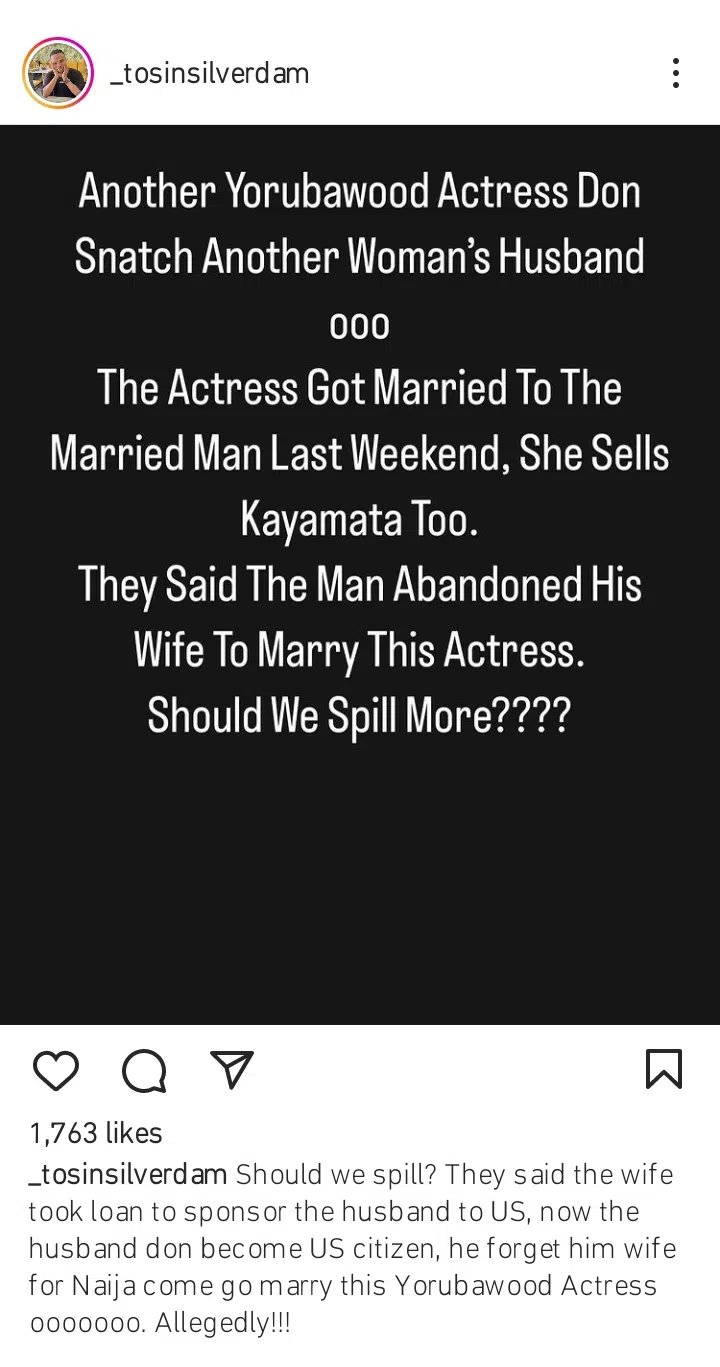 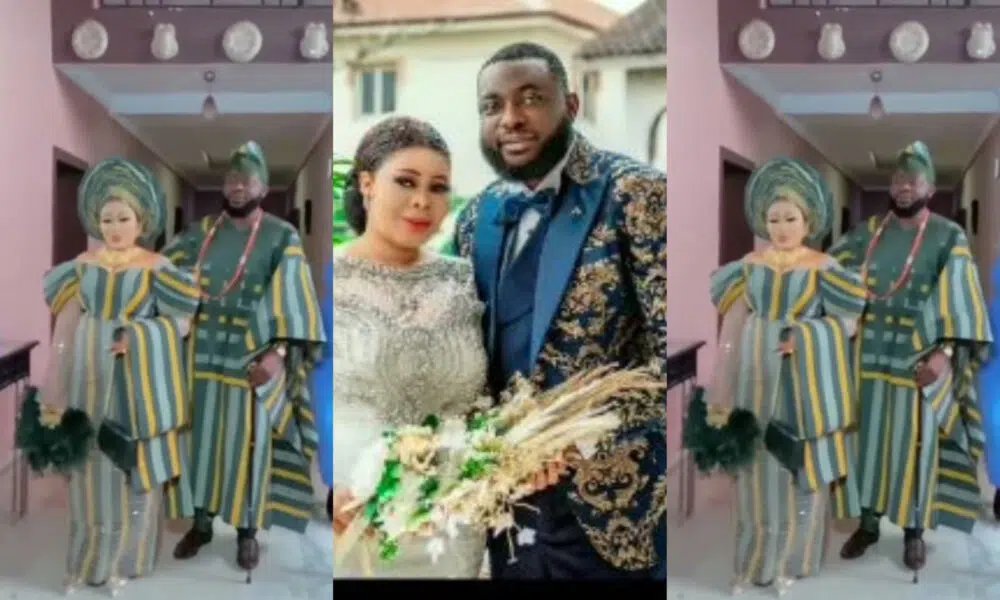 Related Topics:Adeniyi Tayo involved in alleged marital scandal hours after her private wedding ceremony.
Up Next