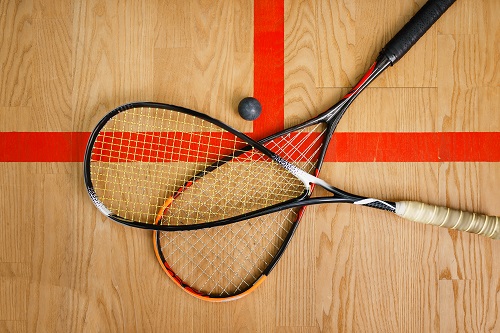 The most recent men’s and women’s champions of the 16th Global Cargo Centre Nigeria Ltd and Merchant Express Closed and Club Invitational Tournament at the Lagos Country Club (LCC), Ikeja, are Bunmi Akpata and Rofiat Abdulazeez.

The event, which got underway on August 24, featured 53 professionals and 15 clubs, including the 4th Garrison Squash Club from Accra, Ghana.

Captain Sina Akinfenwa, chairman of Global Cargo Centre Nigeria Ltd and Merchant Express Airlines, expressed satisfaction with the championship’s development into one of the premier squash competitions in the nation.

“I’m a dedicated squash player, and I’m pleased that we were able to accomplish our initial goal of inspiring youngsters to take an interest in squash. “Players who started with us when the competition started in 2006 make up the majority of the Top 10 squash players in Nigeria now,” Akinfenwa added.

“It’s been wonderful, we’ve witnessed two weeks of unbroken squash at the club, and the player’s quality has improved,” he continued about how competitive this year’s edition was. Recently, the club held a clinic for kids, and I’m glad to see that more and more people are becoming interested in the sport.

Funmi Bamkole, the president of the Lagos Country Club, said: “I participated in this competition for many years, but I’m delighted that younger players are continuing where we left off as we retire. The anchor of our club, which we are proud to promote as president, is social and athletic events. I appreciate Global Cargo Center’s efforts to establish a lasting legacy for squash in Nigeria, as this event is now a PSA-rated competition worldwide.

Advertisement
Related Topics:Akpata and Abdulazeez excel in LCC squash competition.
Up Next

The desire for long-term investments is strong among Nigerian investors.

Fans traveling to 2022 World Cup are cautioned about bringing alcohol into Qatar.