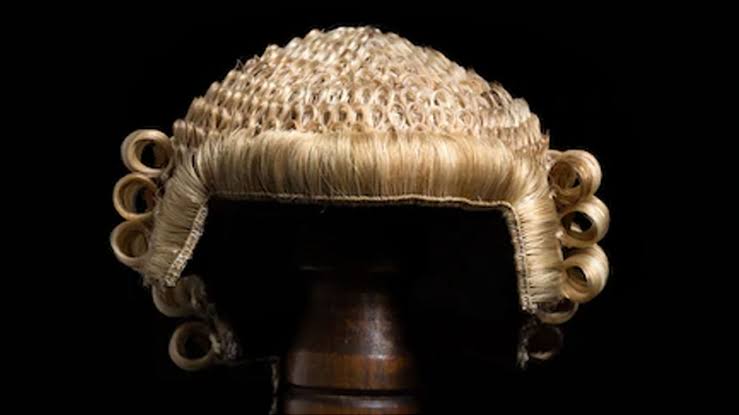 Justice Mohammed S. Idris of a High Court of the Federal Capital Territory sitting in Jabi, has transferred the case file of a property developer, Mr Cecil Osakwe, to the Chief Judge of the court, despite reservation from the counsel from the office of the attorney-general of the federation and minister of justice, Mr Una Matthew, that the instruction from his principal was to go on with the criminal prosecution.

The absence of Osakwe in court makes it the third time he failed to appear in court for arraignment
to face the criminal charge of fraud and criminal intimidation filed against him by the federal government.

In June, the federal government dragged Mr Osakwe, managing director of Abeh Signature Limited, a property development company before the court over allegation of N130m fraud.

When the case came up Monday, September 19, the prosecutor told the court that the case is for arraignment of the accused person.

But counsel to the accused person, Mr Victor Giwa, on his part told the court that they have a pending petition before the AGF, asking him to intervene in the prosecution of his client.

He prayed the court to adjourn the case for two weeks to await the intervention of the AGF.

But Mr Matthew expressed reservation to the submission of the defense counsel, saying that the instruction he had from the office was to go on with the prosecution of the case.

According to him, he is not aware of any petition and he had no instruction regarding that.

He informed the court that it was the highest investigative body of the Nigeria Police Force, NPF, Force Intelligence Bureau FIB, that carried out a thorough investigation and referred the case to the AGF for legal advise and prosecution.

He prayed the court to proceed with the arraignment of the accused person, who obviously was absent from the court for the third time.

Despite the objection by the prosecution, the judge agreed to either adjourned the case for two weeks or send the case file back to the Chief Judge for re-assignment.

In a short ruling, the judge transferred the case file back to the Chief Judge for re-assignment.

For the third time, Osakwe, 54, failed to appear before the court after being charged for fraud.

However, at the last adjourned date, his lawyer, Orhakioyamhe Emmanuel Esq. ,
gave an undertaking to the court to produce him on September 19.

But again, they failed to do so.

In the charge signed by Mr M. B. Abubakar, Director of Public Prosecution in the Federal Ministry of Justice, he was also accused of criminal intimidation of one Ms Asabe Waziri.

He was said to have threatened Ms Waziri with injury to her person and reputation with intent to cause harm and even death in order to cause her to stop requesting legitimately from him (Osakwe) her receipt for payment for the purchase of a unit of two bedroom flat with a maid’s quarters at Abeh Signature Apartments, Maitama Abuja.

According to court documents, in February 2021, she entered and concluded a contract to purchase a two bedroom apartment at Maitama, and after full payment, Osakwe refused to issue her a receipt and sign the Deed of Assignment but rather began to threaten and make life miserable and unbearable for her.

The charge against the accused read, “That you Cecil Osakwe, male, adult of Abeh Signature Limited, sometimes in 2021 in Abuja, Nigeria within the jurisdiction of this Honourable Court obtained by false pretence and with intent to defraud, the sum of N130,000,000 00 (one hundred and thirty million naira) only being payment for the purchase of a two bedroom flat with a maid’s quarters at Abeh Signature Apartment, located at 1, Mekong Close, Maitama, Abuja from one Ms Asabe Waziri which property you failed to deliver neither did you refund her money. You thereby committed an offence contrary to section 3 (1) and punishable under same section of the Advance Fee Fraud, Cap. Ab, LFN, 2004.

That you Cecil Osakwe, male, adult of Abeh Signature Limited, sometimes in 2021 in Abuja, Nigeria within the Jurisdiction of this Honourable Court threatened Ms Asabe Waziri with injury to her person and reputation with intent to cause harm and even death in order to cause her to stop requesting legitimatety from you her receipt for payment for the purchase of a unit of two bedroom flat with a Maid’s quarters at Abeh Signature Apartment, 1, Mekong close, Abuja, from you and the deeds of assignment thereof. You thereby committed an offence contrary to section 396 (2) and punishable under section 397(a) of the penal code law (cap 89)

According to a letter of response signed by Yunusa Shuaibu, the Executive Secretary of the Real Estate Developers Association of Nigeria, (REDAN), as regards the membership of Osakwe, REDAN said Abeh Signature Limited is not their member.

A long term member of the association said “The Association is bounded by strict rules and conduct such that clients are treated with utmost regard, complaints are not taken lightly, hence, some developers who do not want to be regulated, shy away from joining the association for reasons best known to them.”