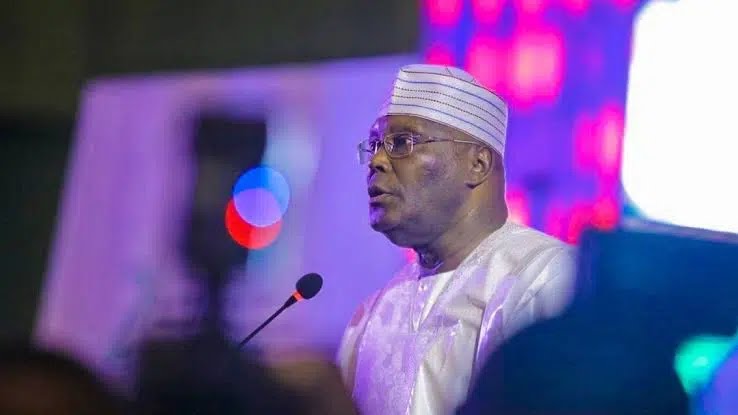 At yesterday’s inaugural news conference in Asaba, Charles Aniagwu, a spokesperson for the Atiku Abubakar presidential campaign, revealed that the Peoples Democratic Party (PDP) had already started working on an anti-corruption law in preparation of his victory.

Aniagwu added that this action was sufficient evidence that the PDP candidate intended to get things going on May 29, 2023. He claimed the bill was one of the strategic executive bills being prepared by Atiku in advance of 2023.

He claimed that if Atiku won the election in 2023, he would not be a reluctant leader because he was ready to get started right away in saving Nigeria from mismanagement and restoring hope for the populace with a thorough plan to solve the pressing problems in the nation, including corruption.

The list of cabinet nominations will also be made public before he takes office as president to allow Nigerians to properly vet the candidates before they can appear for the National Assembly’s statutory review and approval.

He claimed that the PDP standard-bearer has chosen that the Atiku-Okowa ticket must be issue-based and solution driven throughout, adding out that the presidential hopeful rather “wants to walk the speak” rather than wasting energy on discussing the myriad issues facing the country.

As I speak to you, I can challenge every other contender, for none of them has anything written down in a book. What Atiku referred to as “My Covenant with Nigeria” actually exists.

“I challenge every other candidate in this race to lay out their platform in a much more organized manner, including both the issues they intend to address and the solutions they propose.

The best thing we can do for our country is to give solutions and then, with God’s grace, move forward to make sure that those solutions are specifically designed to address the problems our nation is currently facing.

Regarding the supposedly cordial relationship between the PDP candidate and former president Olusegun Obasanjo, Aniagwu asserted that Obasanjo was undoubtedly not against his former presidential assistant of eight years and expressed confidence that the elder statesman would eventually support the Atiku-Okowa 2023 ticket in keeping with his well-known patriotic nature.

He pointed out that despite their alleged conflicts in the past, Atiku might be considered Obasanjo’s choice for president in 2019, as he was open about his support for his former deputy, who was running for office at the time.

Being a detribalized Nigerian was one of the characteristics that influenced Obasanjo’s selection of Atiku in 1999, when the latter was expected to be elected governor, said Aniagwu, who is also the Delta State Commissioner for Information.

He said that as vice president, Atiku did not let Obasanjo down, working with him to entice notable technocrats—both men and women—who were not politicians—to join the administration, including Dr. Ngozi Okonjo-Iweala, Dr. Olusegun Aganga, and Prof. Charles Soludo.

He took the chance to refute claims that the former vice president intended to hand over control of all federally funded universities if he were elected president the following year, claiming that these claims were misunderstood and that his pre-2023 election agenda clearly outlined his proposed policies for the nation’s quality education.

He allayed concerns that the ongoing conflict with Nwesom Wike, the governor of Rivers State, might negatively impact the party’s electoral prospects in 2023 by emphasizing that Wike remained a formidable force within the party and was ready to tip the balance of power in that state for PDP the following year.

Advertisement
Related Topics:Aniagwu: Atiku is already working on a bill to combat corruption.
Up Next

Local oil refiners are seeking CBN and NNPC’s help with the funding and feedstock issues.