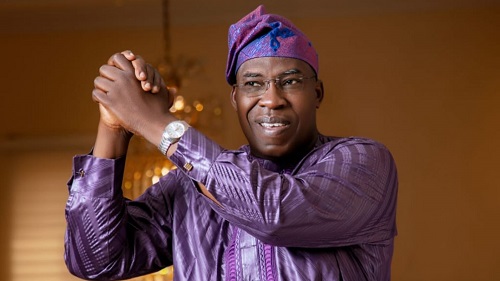 Prince Dotun Babayemi, the People’s Democratic Party’s (PDP) factional candidate for governor in the just-concluded election in Osun State, has criticized the decision of ward party executives to expel him from the party for organizing a parallel guber primary and anti-party activities.

Babayemi was expelled from the party on Friday by the Ward Executive members of Otun Balogun 2, Ayedaade local government area of Osun, who were led by the party’s ward secretary, Ogunleye Bukayo. They did this by citing the PDP constitution.

According to Bukayo, “Babayemi organized a parallel governorship primary on March 8, 2022, in defiance of the National Working Committee of the PDP, which held its primary in the stadium in the Osogbo township and produced Senator Ademola Adeleke as the winner.

Prince Babayemi had taken the party to court multiple times as well as engaged in a number of other anti-party activities. He reinstituted legal proceedings against the party at the Supreme Court despite having lost his cases at the Federal High Court and Court of Appeal.

The Ward Executive Committee of the Party hereby removes and expels Prince Dotun Babayemi from the People’s Democratic Party in accordance with the authority granted to it by sections 57(2) and 59(1)(g) of the PDP constitution. In light of this, he no longer belongs to the PDP.

In response to his expulsion from the party, Babayemi attacked the ward executives’ choice, calling it a sham.

Through his media assistant Kayode Oladeji, Babayemi issued a statement that included the following quote: “Those who carried out the shenanigans they called the expulsion of Omooba Dotun Babayemi from the PDP are ignorant of the rules that govern the party; they and their sponsors are only being clever by half in their bid to browbeat Babayemi, a man of the people. They are clowns that want to make themselves laugh.

Advertisement
Related Topics:As the Osun PDP kicks out a factional guber candidateBabayemi declares: "You're hired jesters."
Up Next

[BREAKING] 2023: Candidate for governor passes away at 54