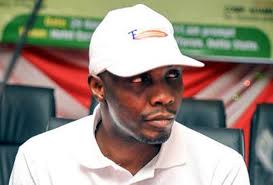 The organisations expressed sadness that someone from the Niger Delta like Ogbebor would oppose an effort by the federal government to maintain the calm in the area and boost the country’s revenue, which has plummeted as a result of the unsavory practices of oil bunkering.
In a piece published on Tuesday, Ogbebor had warned the federal government against starting a conflict in the oil-rich region and demanded that the contract for pipeline surveillance of locals be immediately revoked.

However, in response to her request, the NDMRC criticized Ogbebor and Asari Dokubo for their separate stances regarding the N4.5 billion monthly pipeline contract granted to Tompolo.

Both Ogbebor and Dokubo were labeled by the NDMRC as enemies of the Niger Delta who encouraged tribal conflict.

Nelly Emma, the organization’s president, John Sailor, the secretary, and Stanley Mukoro, its public relations officer, issued a statement in which they asked the Itsekiri leader to avoid tribalism and encourage harmony among the local populace.

Since Itsekiri youths only recently stormed Oporoza, the seat of the Gbaramatu Kingdom in the Warri South Local Government Area of Delta, where they vowed to collaborate with Tompolo on the pipeline contract given to him by the federal government, Chief (Mrs.) Rita-Lori Ogbebor is undoubtedly on her own.

With the award of the contract, NDMRC expressed confidence that the time was up for, “those deeply involved in the illegal oil bunkering in the Niger Delta Region that have destroyed the ecosystem in the area and led to loss of revenue by the federal government and it is Tompolo that can help the government to halt the illegal bunkering.”

On its part, the Ijaw Youth Council (IYC) maintained that instead of anarchy, the award of the contract to Tompolo would usher sustainable peace and increase the dwindling revenue fortunes of the country.

The IYC Western zone made up of Edo, Delta and Ondo, in a statement signed by its Chairman, Dr. Doubra Collins Okotete; Secretary, Omaghomi Olu-Derimon and Information Officer, Lugard Izoukumor insisted that the contract would bring stability to the Niger Delta region.

“First, contrary to the wrong impression created by Chief Rita-Lori, there is no anarch that could arise from the award of surveillance contract to Tompolo instead it would bring stability to the Niger Delta region and increase Nigeria’s oil production.

“We make bold to say that Chief Rita-Lori lives in Lagos and Abuja, hence she is not aware of current state of affairs in the region. Furthermore, if she is asking for Tompolo’s contract to be revoked, what about the one awarded to her traditional ruler, the Olu of Warri?” the group queried.

The IYC advised her and other Niger Delta leaders to provide suggestions and collaborate closely with Tompolo on ways that everyone might win rather than making “these fake, selfish and divisive comments.”

The Ijaw People’s Development Initiative (IPDI), for its part, urged the federal government not to pay attention to those who objected to Tompolo and other Niger Delta residents receiving a surveillance contract, noting that the project would generate millions of job opportunities for the region’s teeming youths.

Advertisement
Related Topics:Attempt to address Ogbebor's opposition to Tompolo
Up Next