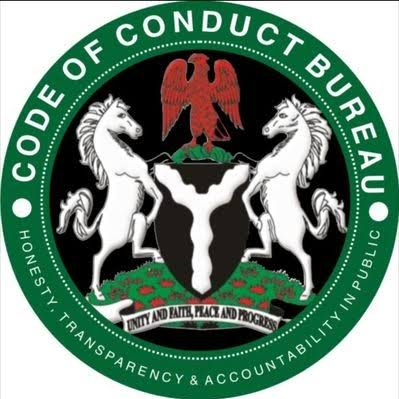 There are many reasons as to why five Federal Commissioners of the Code of Conduct Bureau, CCB, have ‘declared war’ against the Bureau’s Chairman, Prof. Mohammed Isah.

But some insiders at CCB told TrackNews Nigeria that the rift between the Commissioners and Prof. Isah is totally unconnected with issues around alleged corruption, maladministration, high-handedness, among other improprieties, purportedly committed by the latter.

Recalled that six federal commissioners of the Bureau, in a petition to President Muhammadu Buhari, through the Secretary of the Government of the Federation, on 29 August 2022, accused Isah of running CCB as a sole administrator and alleged corruption.

The commissioners said the chairman, in contravention of the provisions of the Act establishing the CCB, also, single-handedly transferred staff without reference to the Board.

They also alleged he bypassed the members against the approved organogram of the Bureau, asking Buhari to, as a matter of urgency, intervene in the matter to save the Bureau from total collapse.

In the petition, equally, the commissioners said that the allowances and impresses due to staff were not paid, alleging also that the cooperative money of the staff amounting to over N60 million could not be accounted for by the chairman.

According to them, Board members do not know how many petitions received by the Bureau, as well as the number of cases under investigation and cases charged to the Code of Conduct Tribunal.

They equally alleged that high-profile cases brought before the Bureau were suppressed by the chairman.

But according to the insiders, who told TrackNews Nigeria that they are neither sympathetic to Prof. Isah nor the aggrieved commissioners, most of the issues raised by the latter (the Commissioners) are ‘unfounded’.

One of the insiders, who declined giving his name, ‘tacitly’ concluded that the CCB Commissioners who signed the petition, appear to have ‘scores to settle with their Chairman, hence accusing Prof. Isah of committing acts against the service.

He said there has never been a point when the Chairman behaved as if he was the sole administrator of CCB.

“That Prof. Isah is transferring staff of the Bureau without recourse to the Board members is absolutely okay. Internal postings do not require their inputs.

“As board members, they are only mandated to deliberate on issues that have to do with Appointments, Promotions and Discipline of staff. They have nothing to do with internal postings”.

The source disclosed that one of the issues the federal commissioners have with the CCB Chairman is that of a Special Adviser (to Prof. Isah) brought from the Central Bank of Nigeria, who is handling petitions for the Bureau.

He said: “But the thing is he was only deployed to the Bureau by the CBN Governor, just as we have staff of the Department of State Services, DSS, and Office of the Accountant General of the Federation, among others from other MDA working at CCB.

“None of the presidential aides working with President Muhammadu Buhari was a staff of the State House before his or her appointment. Besides, all the Federal Commissioners of the Bureau are entitled to having Special Assistants and Personal Assistants, and they all have SAs and PAs that are from the outside, not workers of CCB.

“Let me also add that the SA of the Chairman they are complaining is handling petitions is one that is a seasoned lawyer, and an academic with rich background in forensic and financial monitoring that can benefit institutions like the CCB.”

On the N60 million allegedly diverted by the Chairman as claimed by the board members, PRNigeria gathered from another staff of the Bureau (who pleaded for anonymity) that the ‘disappearance’ of the money happened long before Prof. Isah became their Chairman.

He said: “Sometime around 2017, before Prof. Isah’s appointment, there were issues with remittances of the cooperative money. From that moment, there was a crisis of leadership.

“After the incumbent Chairman took over, he learnt about it, and truly discovered that the cooperative money was not siphoned by the former Board.

“Hence, he graciously approved for the repayments in about six installments. So, it was expected that the executives of the cooperative will follow up with the approval, but they didn’t do that.

“And on his part, Prof. Isah did not even remember the issue again until some of the cooperative members recently complained about embezzlement of their money.

“And swiftly, the Chairman constituted a Committee to verify and ensure that the cooperative members are paid their money.

“Not only that, he also directed that a new election should be conducted to replace the present excos of the cooperative, whose tenure has since elapsed”.

A female staff at the CCB, while maintaining that though there is the need to thoroughly probe the corruption allegations leveled against Prof. Isah, said the Commissioners who drafted and signed the petition committed the criminal offence of forgery and impersonation.

According to her, one of the petitioners, a retired Police Commissioner, had expressed his dismay that his phone number and a forged signature was included among those who signed the petition.

“The retired CP, as a Board Member, opted out from signing the petition after discovering that most of the issues raised in the petition could not be substantiated.

“Yet, his signature was forged, and his phone number added to their petition. This is a clear case of impersonation and forgery, which is criminal in nature,” the female staff said.