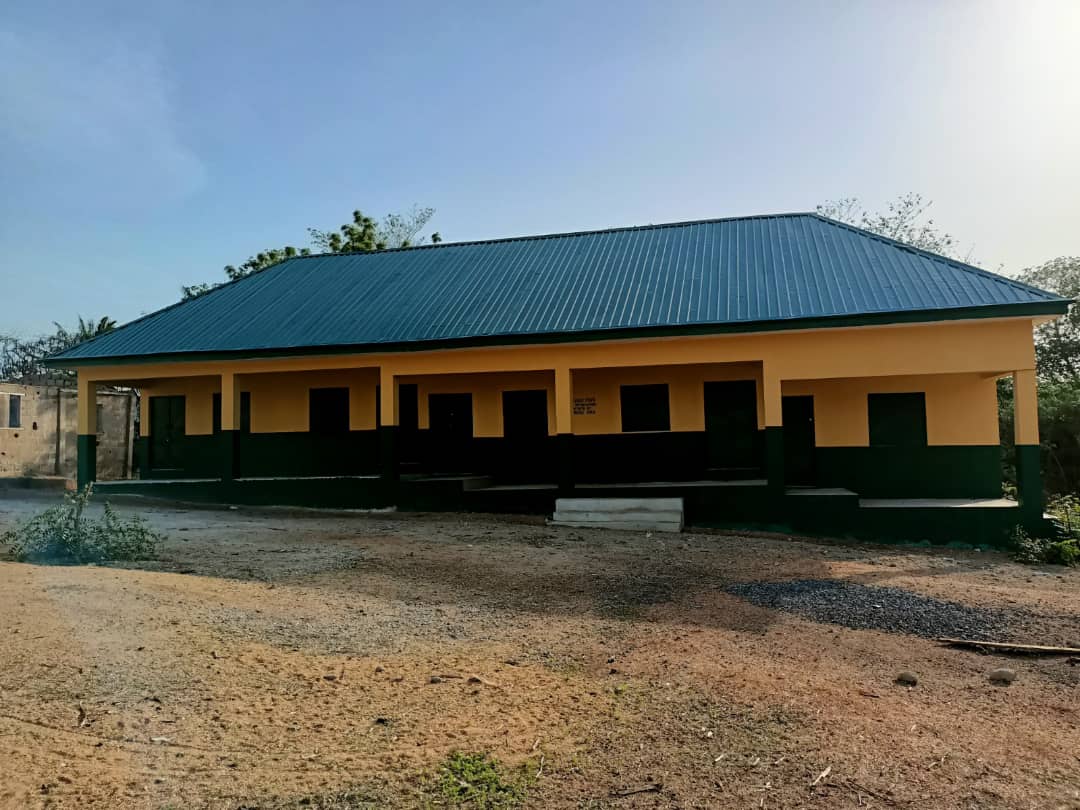 Cross River State lawmaker who is now late and UBEC had constructed one block of three classrooms at the sum of N20 million as a constituency project.

The project that was supervised by the Universal Basic Education (UBEC) is sited at St Patrick Primary School, Itega Okpodo, Okpoma Yazla of Cross River State.

Oko, using UBEC, had nominated the classroom construction as his constituency project.

The federal government had since last year allocated the sum of N20 million to the project.

Tracka, a public accountability organization that visited the project site, said it has been completed, and not put to use as the classrooms are locked.

Although the project has been completed, checks by MAWA FOUNDATION show the lawmaker and UBEC may have connived and inflated figures the project price.

Mr. Depriye Okon, a civil engineer who claims to have built schools in different communities in Cross River State, told MAWA that building a three-block of three classrooms averages between N8 million to N10 million, and that includes payments for labour and consultancy fees.

Okon added that if the land the classrooms are standing on was purchased, there is no way N20 million would have been spent on the project. And, that includes a teacher’s office that is included in the construction.

Describing it as a corrupt act, he called on the anti-graft agency to get those behind the project arrested and prosecuted, pointing out that corruption of this kind should not be condoned anymore.

MAWA FOUNDATION could not immediately reach out to UBEC for a response.

Late Oko died March 2020 at a medical facility in the United Kingdom, at the age of 63.

Until her death, the lawmaker was the Chairman of the Senate Committee on Trade and Investment.

She was also a former member of the House of Representatives.

Alameda Research To Pay Back $200M To Bankrupt Voyager